The initial dimensions of the Chelyabinsk meteorite 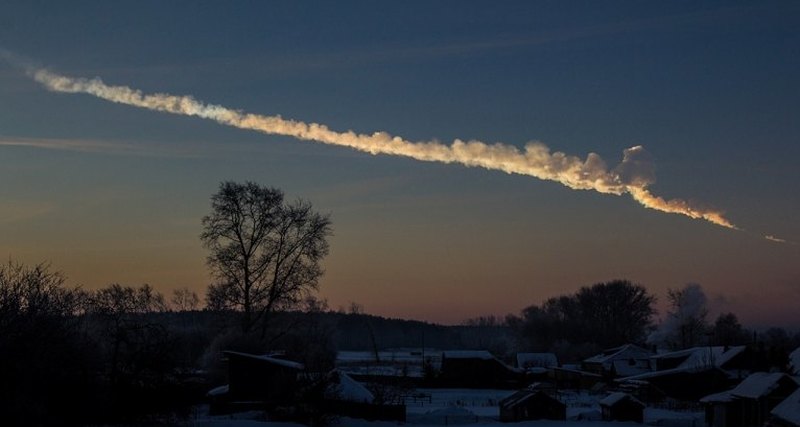 The meteorite that fell in the Chelyabinsk region in 2013 helped to calculate how much matter meteoroids lose when entering the atmosphere. It was also found out that before the fall, it was the size of a six-story house, said the geologist, the author of the book “Meteorites of Russia” Sergei Kolisnichenko.

The meteorite fell into Lake Chebarkul on February 15, 2013, witnessing its passage in the sky in the form of a fiery outbreak of steel residents of the Chelyabinsk region and surrounding regions.

“The Chelyabinsk meteorite entered the atmosphere of the Earth at an angle of 18 degrees. A six-storey house flies in, along the way of movement 100 kilometers from the earth, seven thousand tons disappear into dust, two tons arrive. What happened? For the first time it is calculated that for a second of flight in the atmosphere with such a trajectory the meteorite loses up to 200 tons of its substance. If he fell two, say, seconds earlier, he would have a completely different weight, “Kolisnichenko told a news conference in Chelyabinsk.

He explained that there is no such data about other meteorites – scientists did not know what mass they have before entering the atmosphere. As the assistant professor of the chair of theoretical physics of Chelyabinsk State University Sergei Zamozdra reported at the press conference, initially the meteoroid was about the size of a six-story house, at altitudes below 45 kilometers the meteoroid began to split into fragments, and each fragment into even smaller fragments, the field of scattering fragments in the end stretched for 80 kilometers.

According to him, for the first time a large amount of data fell into the hands of scientists, including DVRs, information from Earth satellites, eyewitness accounts, and, most importantly, a fragment of a meteorite found in the lake.