The InSight probe sent a photo of the sunrise on Mars 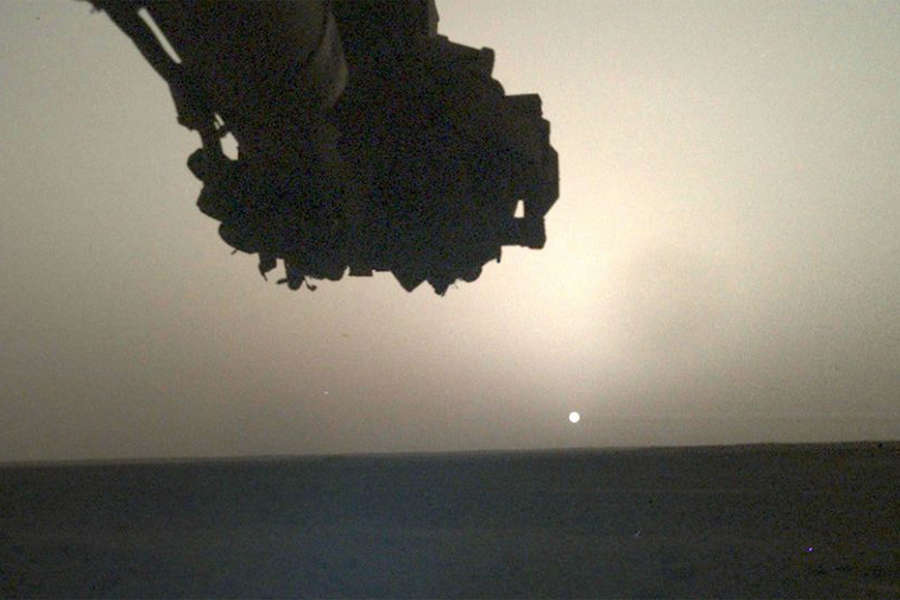 The American device InSight sent a photo of the sunrise over the Martian horizon. It was posted on the device’s Twitter account.

“I will never get bored of sunrises on Mars,” NASA staff wrote on behalf of InSight. “Each morning, this distant dot climbs the sky and gives me energy for another round of listening to the rumble below me.” The photo was taken on April 10th.

InSight launched in 2018. This is a fixed apparatus, the main task of which is to collect seismic data about Mars to build a detailed model of the subsurface. In particular, one of the device’s sensors is made in the form of a self-driving nail, which had to sink to a depth of several meters to obtain data on the heat flow from the planet’s core.

For a long time, Mars was considered a geologically dead planet, but recently, InSight seismometers managed to record 47 weak marsquakes.

In January, the device was put into safe mode for a while due to a strong dust storm, whose diameter reached thousands of kilometers.