The interstellar wanderer Oumuamua may be an alien probe, says Harvard scientist 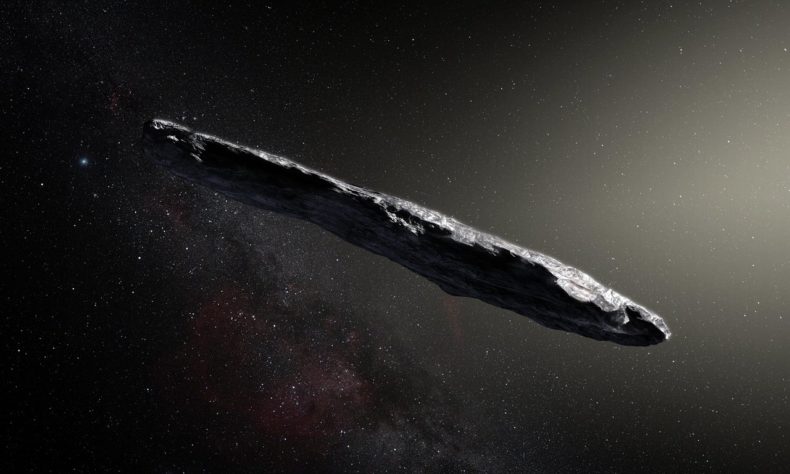 Professor Avi Loeb claims that Oumuama is an alien probe. This statement was made a year and a half after an unusual interstellar object was seen flying through the solar system. In addition, he claims that there are many more objects like this that will appear in the near future.

Professor Loeb and Harvard University professor Frank Baird said that scientists do not have the necessary amount of time to draw conclusions and fully understand the origin of a unique object. However, the researchers suggested that Oumuama was created artificially and moves using the likeness of a thin solar sail, which was exposed to increased radiation pressure.

In addition, Professor Loeb is currently collaborating with the Vera Rubin Observatory in order to detect more of these objects in outer space and provide additional information on this topic, with a focus on their origin.

Therefore, the study may include the observation of several objects that are blocked in the orbit of Jupiter, as well as a careful examination of the craters of the Moon and their formation in order to find a tip as to what could create these craters when they fell to the surface of the Earth’s satellite.

The most common theory is that Oumuama arose after a red dwarf collided with a star. Professor Loeb is skeptical of this theory, since this type of object is difficult to meet. Such targets are formed when tidal destruction occurs. Therefore, Loeb suggests that the occurrence of such a phenomenon is extremely unlikely. In addition, no evidence can demonstrate the formation of Oumuamua as a result of degassing.

Professor Avi Loeb even expressed his opinion on the fragile state of human life on Earth in the light of recent events threatening her. He suggests that sending automatic stations over long distances to provide us with information about outer space can be crucial. In the meantime, he thinks that Oumuamua is an alien probe.