The “island of stability” of the universe is found 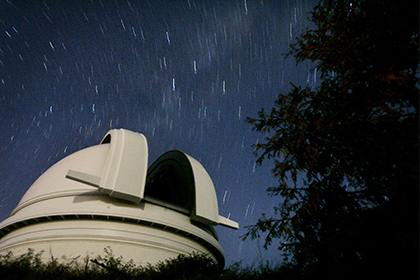 Australian and German physicists named the main candidate in the universe, which can have the chemical elements of the “island of stability” located at the end of Mendeleev’s table and containing 114 or more protons.

It is about the star of Przybylski (HD 101065). There are many heavy elements in its atmosphere, which, as the authors believe, are the products of the collapse of the elements of the “island of stability”. Scientists propose to conduct a search in the spectra of HD 101065 traces of Nobelia, Lawrence, Nichonia and Flerovia.

In accordance with the shell model, there are nuclei with completely filled energy envelopes. Such elements form an “island of stability”, in contrast to the unstable nuclei of neighboring elements. According to the shell theory, there must exist an isotope Fl-298 with a magic number of neutrons N = 184 with a half-life of up to 10 minutes.

The star HD 101065 was discovered in 1961 by the Polish-Australian astronomer Antonin Przybylski. It is at a distance of 370 light years from Earth in the constellation Centauri. Most likely, HD 101065 is lighter than the Sun and is a subgiant. A distinctive feature of the Pshybylsky star is the extremely low content of iron and nickel in its atmosphere, while the star is rich in heavy elements, for example, strontium, cesium, thorium, ytterbium and uranium.