The traditional solar panels used for the operation of satellites are cumbersome. They can be replaced by flexible solar panels. At the ISS, a test of one of these panels began, reports NASA. The experimental solar panel, delivered by the Dragon spacecraft this month, has already been successfully deployed. In the collapsed state, it is a compact cylinder. The use of such solar cells will reduce the cost of their launch and save space in the spacecraft. Flexible panel is 20% lighter than rigid and at the same time takes 4 times less volume.

The device called ROSA (Roll-Out Solar Array) consists of a central wing made of a flexible material with photocells. At the edges of the tape are narrow guides that spread the panel and support it. The solar battery expands itself without the use of any drives. 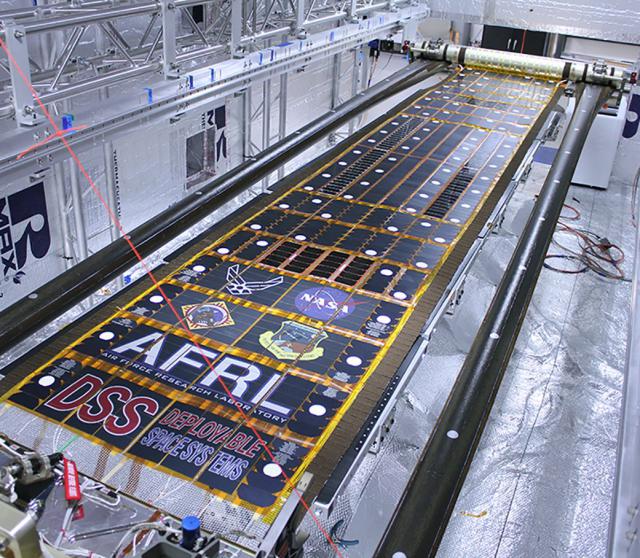 According to NASA experts, ROSA can be scaled to very large structures.

After the panel is deployed, scientists will monitor how it behaves in microgravity and extreme temperatures. In addition, special attention will be paid to the ability of the flexible solar panel to withstand the maneuvers of the spacecraft. Specialists will also gather information about how the panel vibrates strongly during the transition from shadow to light.

According to NASA engineers, the battery is very thin, only a few millimeters thick, it heats up very quickly. All this creates a load on the wing, which begins to tremble, which creates problems for satellites, which at this time, for example, can record a picture.