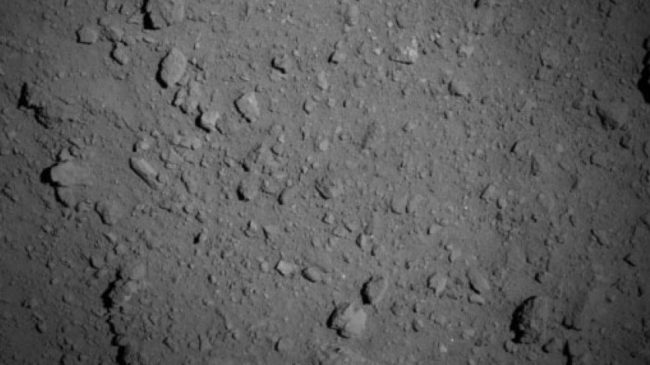 The Japanese spacecraft Hayabusa-2 showed the surface of the asteroid Ryugu close-up. About two weeks ago, the space probe approached the asteroid six kilometers away, but the new images were received by the device from a distance of only 851 meters from the surface. This is necessary to assess the properties of the ground when choosing a landing site for the descent module, according to the mission website.

The automatic interplanetary station Hayabusa-2 was launched into space in December 2014 and is intended for delivery of soil samples from the asteroid 162173 Ryugu. The probe reached the asteroid on June 27 this year, after which it reached a stable 20 km orbit around it. Over the next 18 months, the device will explore the Ryuga from orbit, and will also land on its surface a MASCOT (Mobile Asteroid Surface Scout) landing module with an installed spectrometer, magnetometer, radiometer and camera.

In addition, the organizers of the mission plan to shoot a kilometer asteroid with a percussion shell with explosives. The explosion will lift part of the upper layer of the asteroid, after which it will be possible to study its composition. After taking a sample of soil from the surface of Ryuga, the station will travel back to Earth and drop a sample capsule in December 2020.

The photographs obtained show that the surface of the asteroid is strewn with large cobblestones (the fact that they indicate a large scale mark of 10 meters). 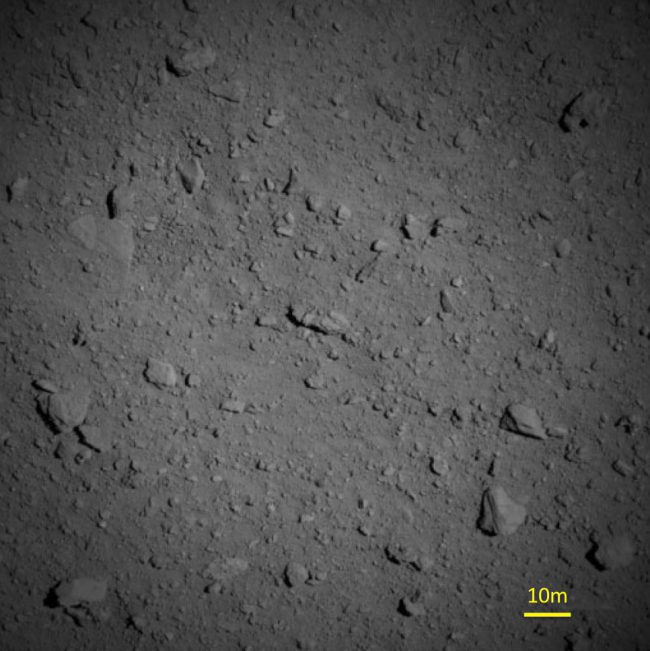 The surface of the asteroid Ryugu, taken from a distance of about 1 km by the ONC-T chamber of the Hayabusa-2 probe on August 7, 2018 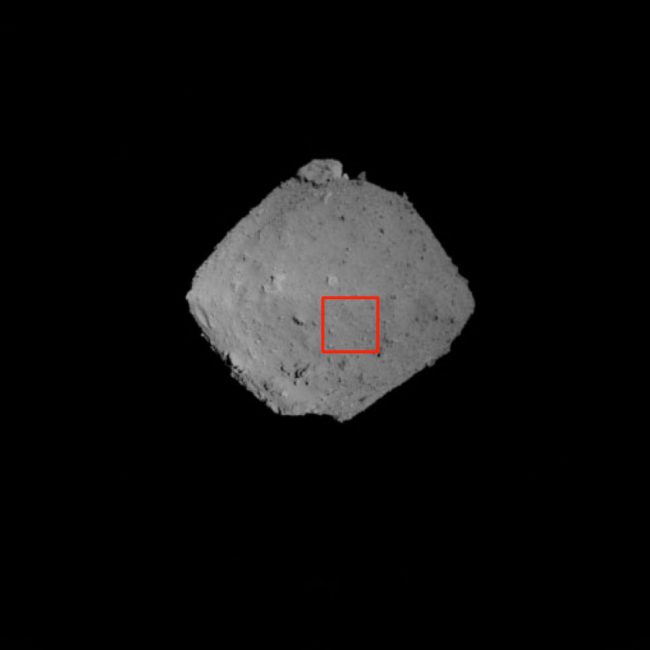 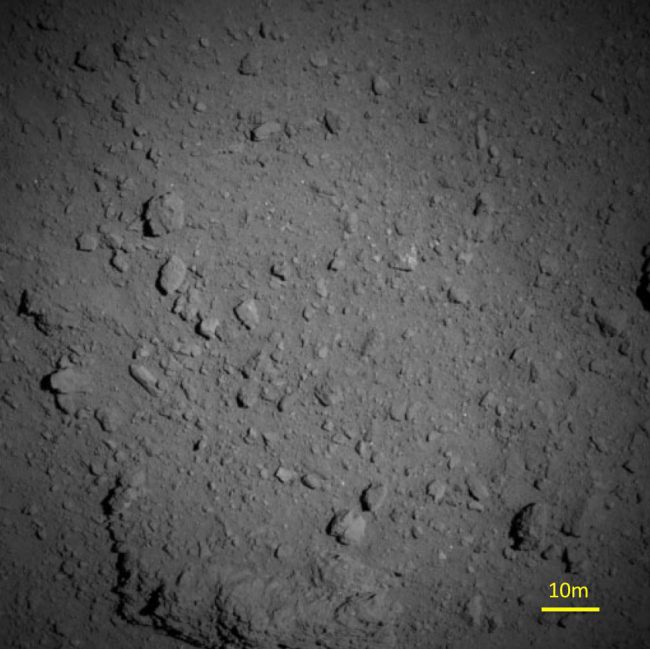 The surface of the asteroid Ryugu, taken from a distance of about 1 km by the ONC-T chamber of the Hayabusa-2 probe on August 7, 2018

Apparently, the choice of a suitable place for landing the landing module will be a difficult task for the Japanese space agency.