The lack of large craters on Ceres has baffled scientists 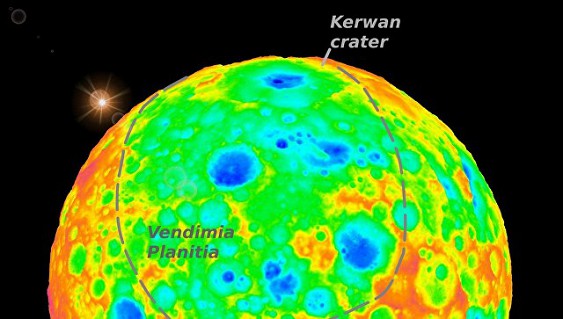 The lack of craters with a diameter more than 285 miles on Ceres can be explained only in the case if the subsoil of this dwarf planet has been “alive” in a geological sense, for almost the entire time of its existence, according to a paper published in the journal Nature Communications.

When the Dawn probe arrived at Ceres and began to compile her map, Christopher Russell (Christopher Russell) from the southwest research Institute in boulder (USA), scientific Director of the mission, and other participants began to notice that the surface of the dwarf planet was too “smooth” – it was not a single large crater, the diameter of which would exceed 285 kilometers.

This discovery became a mystery to scientists – the fact that calculations show that over the past 4.5 billion years of Solar system on Ceres was supposed to fall at least ten large asteroids capable of leaving craters of similar size. However, on the surface of Ceres just yet. Moreover, on Ceres, only 16 of craters with diameter greater than 100 kilometers, which is significantly below the predicted values.

How could this happen? Scientists believe the only plausible answer to this question lies in the fact that the subsoil Ceres was “alive” in a geological sense, and continuously updated in the recent past that “erase” the traces of previously existing craters or made them almost invisible to us.

According to Russell and his colleagues, they managed to find in the pictures of Dawn from three potential candidate for the role of such giant craters, whose remnants can be seen on the surface of Ceres today. They represent today a giant of the plains”dents” with a depth of about 4 km and a width of about 800 miles, whose borders were almost erased by geological processes in the subsurface and on the surface of the dwarf planet.

Two of them were named, in accordance with the traditions of team Dawn, in honor of the various agricultural and natural deities and traditions of the peoples of the world – in honor of Carvana, the God of corn in the culture of the hopi Indians, and Vendimia, the grape festival in Spain.

These processes are believed to owe their existence to the fact that in the depths of Ceres contains large amounts of frozen water and mineral salts. When it falls the asteroid, part of the ice melts and dissolves one in itself soda and other salts. This “brine” would generate the eruption of cryovolcanism, shifts of rocks on the surface and other geological phenomena that can hide the traces of this fall, their own and breed.

Another possible reason is that seasonal changes on the surface of Ceres, which arise due to its closeness to the Sun and melt the ice in its depths. This theory, as I hope Russell and his colleagues, the Dawn probe will be able to check in 2018, when the dwarf planet as gets closer to the Sun.