The largest galaxies of the universe are full of extinct stars 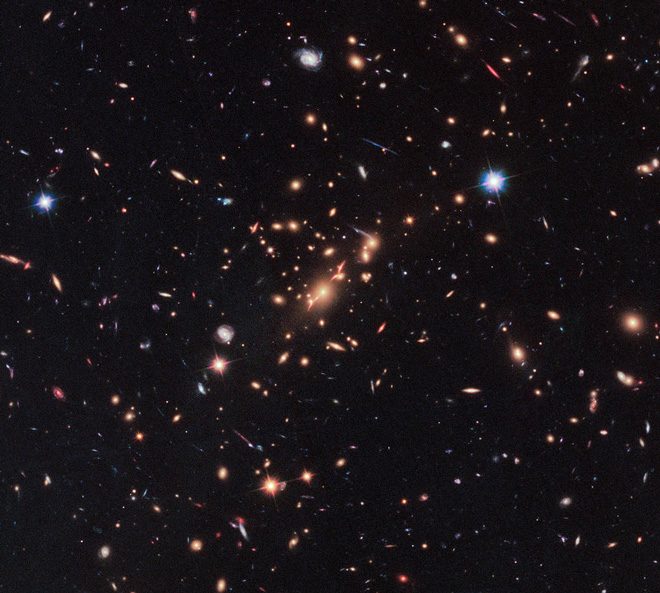 The largest galaxies of the universe are full of extinct stars. But sometime, almost 12 billion years ago, millions of millions of stars were born in these massive galaxies. As these cosmic kingdoms called dust galaxies with a burst of star formation have become dead zones – a mystery.

Astronomers from the University of Iowa (USA) believe that quasars, powerful sources of energy that inhabit the center of galaxies, are guilty of the fact that these galaxies stopped producing stars. Scientists put forward their theory after they found quasars in four dust galaxies, where the process of star formation is still going on.

“Quasars can play an important role in the extinction of dust galaxies,” says Hai Fu, one of the authors of the scientific work. “They are energetic enough to throw gas out of galaxies, and gas is fuel for star formation.” So you can explain the transformation of starry “creches” into “cemeteries”. ”

Quasars are problematic to notice in dust galaxies with a burst of star formation, as their light is absorbed or blocked by dust from the intense star-forming activity that goes on there.

“The fact that we have seen quasars, says that they should be more, they are just hidden in galaxies,” Fu says. “Each dust galaxy with a burst of star formation can contain a quasar, and we simply can not see them.”

Then the scientists plotted quasars, found by other telescopes at wavelengths from ultraviolet to ultraviolet. Quasars turned out to be the same as ALMA. Then the question became: why are these quasars visible, if they should be hidden from the eyes?

The researchers have a theory. They believe that quasars “peep” out of deep holes in each galaxy, a vacuum space that allows the light to “escape.”

The exact form of these galaxies is unknown, since even ALMA is not powerful enough to clearly show the regions of space that emitted light 12 billion years ago, when the Universe was only 1/7 of current age. But the team believes that these galaxies could have the shape of a donut, and were oriented in such a way that their holes (and thus quasars) would “look” to the Earth.

Scientists think that most quasars inside dust galaxies with a burst of star formation can not be seen, since they are turned away from us. But four examples of galaxies with visible quasars are not an accident; This means that there are a lot more of them.