The largest image of the Universe obtained 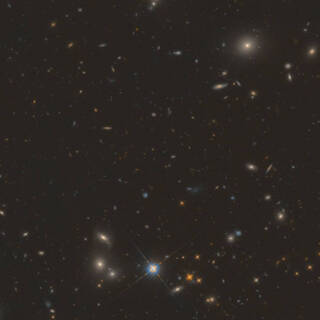 An international team of scientists has released the largest infrared image ever taken by NASA’s Hubble Space Telescope. The high-resolution 3D-DASH survey, which captured the earliest and most distant galaxies, will allow astronomers to find rare objects for follow-up observations with the James Webb Telescope (JWST). A preprint of the article, which has been accepted for publication by The Astrophysical Journal, is available from the arXiv repository.

To capture a wide swath of the sky, the researchers used a new observation technique known as Drift And Shift, or DASH. DASH makes it possible to capture an image that is eight times larger than Hubble’s standard field of view by capturing multiple images, which are then stitched together, similar to a panorama shot on a smartphone. With DASH, you can take eight pictures per orbit of the Hubble telescope instead of one.

The image captured galaxies with a redshift greater than two, which corresponds to a travel time of light of 10 billion years and an accompanying distance (taking into account the expansion of the Universe since the Big Bang) of 17 billion light years. 3D-DASH covers a total area nearly six times the apparent size of the Moon in the sky. This record is likely to remain unbeaten by the JWST telescope, which is built to capture highly detailed close-up images. The new image is the largest image of the sky in the near infrared. It is expected that the next generation of Nancy Grace Roman and Euclid space telescopes will be able to get larger images.

3D-DASH is expected to help identify unique phenomena such as the most massive galaxies in the universe, highly active black holes, and galaxies undergoing collision and merger. Until now, such large images could only be taken from the Earth and they had a low resolution, which limited their study.