The largest three-dimensional map of the Universe 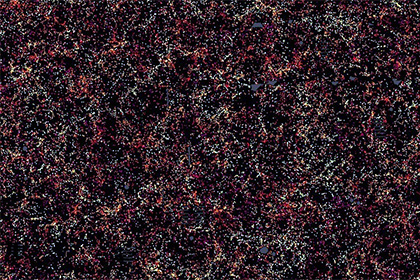 An international team of astrophysicists have created the largest and most comprehensive to date, a three-dimensional map of the Universe. The study presented in five publications in the journal Monthly Notices of the Royal Astronomical Society, and briefly about it reports Institute for extraterrestrial physics, max Planck Society (Germany).

The map includes 1.2 million galaxies that are in the amount of 650 billion cubic light-years, and allows you to track the evolution of star systems from two to seven billion years ago. The map covers about a quarter of the celestial sphere and allowed to hold one of the most accurate to date measurement of dark matter and energy of the Universe. 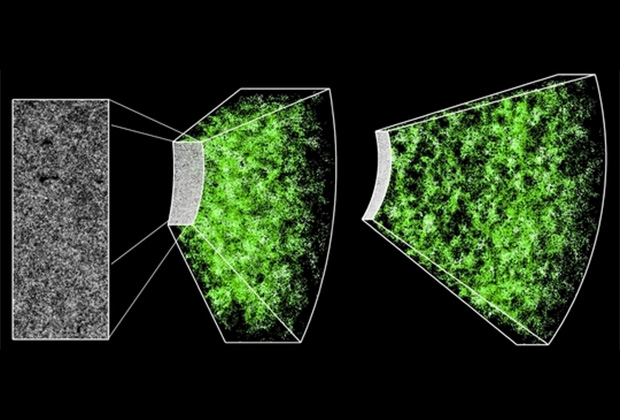 It allows you to determine the pace of expansion of the Universe after 400 million years after the Big Bang with baryon acoustic oscillations — fluctuations in the distribution of matter in the early stages of development of the Universe.

The data obtained were in full agreement with the standard cosmological model. Dark energy responsible for the cosmological expansion, appeared with an error of five percent identical to the cosmological constant in the equations of General relativity.