The largest virtual model of the Universe 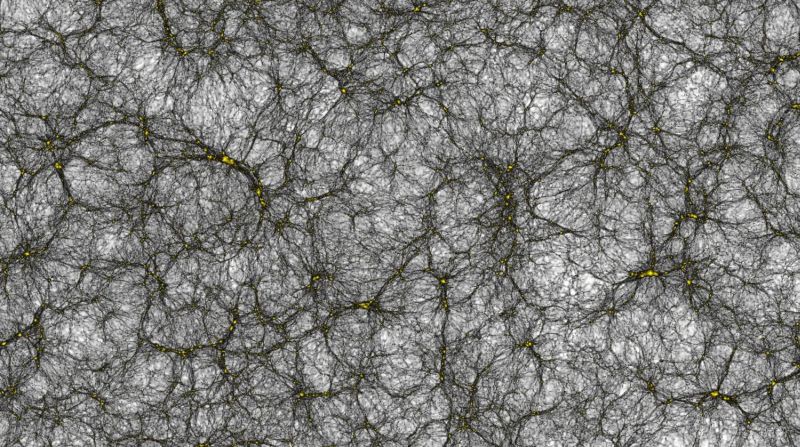 Researchers from the University of Zurich have built a model for the formation of the entire universe with the help of a powerful supercomputer. A giant catalog of about 25 billion virtual galaxies was generated on the basis of a set of 2 trillion digital particles. This catalog is used to calibrate the experiments that will be placed on board the Euclid satellite, which is planned to be launched in 2020 to study the nature of mysterious dark matter and dark energy.

For three years, a group of astrophysicists from the University of Zurich developed and optimized the revolutionary code that describes with unprecedented accuracy the dynamics of dark matter and the formation of large-scale structures of the universe. According to a recently published work by Douglas Potter and his colleagues, this code (called PKDGRAV3) was designed to optimize the use of available memory architectures of modern supercomputers, such as the Swiss National Computing Center’s “Piz Daint” supercomputer. Designed by Potter and his team, the code was run on this machine for as little as 80 hours, and the result was a virtual universe of two trillion macroparticles representing a fluid from dark matter, from which a catalog was then created, comprising 25 billion virtual galaxies.

Due to the high accuracy of the calculations describing the evolution of the liquid from dark matter under the action of its own gravity, the researchers were able to simulate the formation of small clumps of matter called halo of dark matter, in which galaxies similar to the Milky Way are thought to form inside. The main difficulty in constructing this model was the modeling of very small galaxies, the size of the order of one-tenth the diameter of the Milky Way, in the gigantic volume of the entire observable universe. This requirement was presented by the European mission “Euclid”, the main purpose of which is to study the “dark side” of the universe.