The Last Secret of Comet Churyumov-Gerasimenko 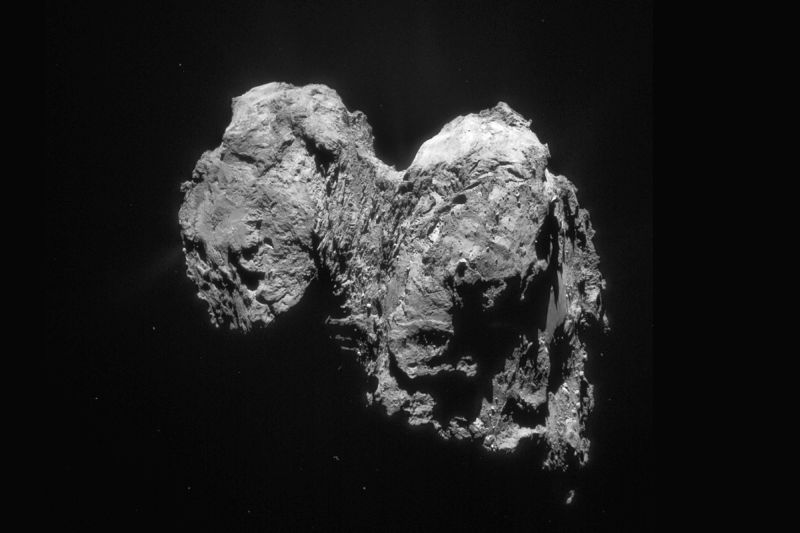 The famous comet Churyumov-Gerasimenko, also known under the informal name “comet rubber ducky” because of its similarity with this child’s toy, allowed scientists to learn a lot of interesting things about their past. It turns out that it could have originated from a tiny grain of sand that, like a snowball, has increased the material and turned into a giant cosmic rock. Scientists suspect that the planets, and, possibly, many other space objects grow in exactly the same way.

The famous short-period comet 67P was investigated by the automatic interplanetary station Rosetta and the descent device of Phil, which, unfortunately, could not fully perform its work due to technical reasons.

Since the solar system was formed from microscopic solid particles of dust and ice that were part of the disk around the Sun, the scientists came to the conclusion that the 67P comet was formed from the same disk material. Gradually, grains of dust and ice combine with each other and build up mass, as well as their size. In many respects, gravitational collapse plays a role here.

However, this fact does not reveal the mystery of the strange bipartite form of the comet 67P.

Whether these two parts were once a single heavenly body, or whether they had grown together as a result of the collision is still a mystery to the researchers of the mission.