The latest Cassini footage has been published

NASA has published the latest footage made by the Cassini. The automatic interplanetary station has recently completed its mission, dying in the atmosphere of Saturn. Thus, the long journey of the device around the planet was completed, lasting 13 years.

According to the telemetry data, Cassini entered the atmosphere of Saturn, as planned. To ensure stability, the device used its engines, having managed to send to the Earth unique frames and measurement data obtained by eight instruments. 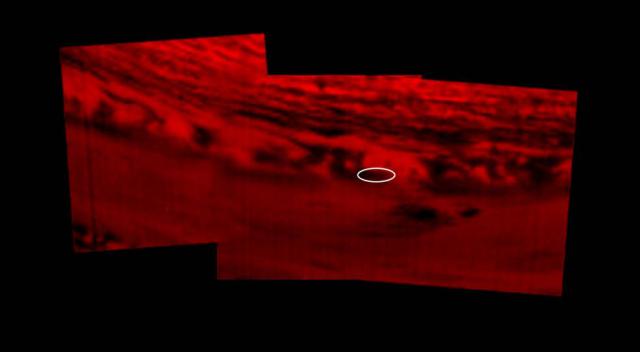 This combined image shows the location on Saturn, where Cassini entered the atmosphere on September 15, 2017. This occurred at a point with coordinates 9.4 degrees north latitude and 53 degrees west longitude.

The specialists involved in the project will study this information during the following weeks.