The launch of the James Webb telescope is again rescheduled 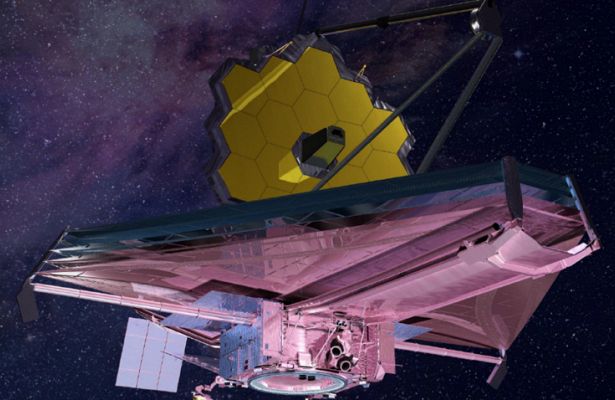 The US National Aeronautics and Space Administration (NASA) again postponed the date of launching the new James Webb telescope. As the director of the department James Brydenstein stated to journalists on Wednesday, it is now planned to launch the observatory on March 30, 2021.

“There were delays in the process of assembling and testing the components of the telescope, and NASA formed an independent commission that concluded its work.” After analyzing the findings of the commission, we decided that the new launch date would be March 30, 2021, “Brydenstain said. According to him, NASA “is committed to sending the telescope into orbit.

“We need a next-generation telescope to continue researching other galaxies,” the director of NASA said, “We are certainly disappointed that the creation of the telescope took longer than expected, but our designers and technicians work with perfect new technologies and we will overcome all I look forward to the beginning of this historic mission. ”

A telescope named after James Webb, the Apollo program manager who allowed a person to visit the moon, should replace the Hubble observatory in orbit. Initially, it was assumed that this would happen in 2013, but the design work was far behind schedule. Only in November 2016 the assembly of the main segments of James Webb was completed and it was announced that the experts are now beginning their ground tests in order to put them into orbit in October 2018. At the end of September last year, the launch was postponed to March-June 2019.

On March 27, NASA announced the next postponement of the launch of the mission – not before May 2020. As stressed then assistant director of NASA, responsible for scientific missions, Thomas Zurbuken, the creators of the telescope “underestimated the technological complexity” of this project.

A mirror with a diameter of 6.5 meters was installed at the observatory. It is supposed to be put far beyond the Moon, into an orbit located at a distance of about 1.6 million km from the Earth’s surface. James Webb will study the oldest stars in the universe and galaxies formed after the Big Bang, as well as to search for potentially suitable for life planets. The estimated period of its operation is 10 years.