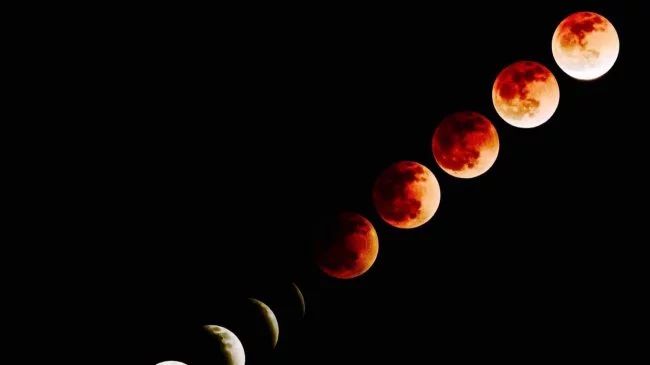 July 27 The earth will pass between the sun and the moon, cast a shadow on our companion and color it red. This can be observed for a long time, since the total lunar eclipse will be the longest in the last 100 years.

The total solar eclipse and the total lunar eclipse are very similar. During a solar eclipse, the moon passes between the earth and the sun, and closes the sun. The shadow from the moon is colorless, since the satellite does not have an atmosphere capable of reflecting and scattering light.

The Earth’s atmosphere is filled with nitrogen, which absorbs white sunlight and dissipates it in the blue spectrum. It is for this reason that the sky turns blue and the sun appears yellow. To observe the Earth from the Moon during a full lunar eclipse should be very exciting, as one can see how sunlight passes through the atmosphere of our planet.

It is due to the refraction during the full lunar eclipse that the moon turns red. In addition, the moon is covered with regolith, which has the property of “backscattering”. Due to this a lot of light is reflected. During a total lunar eclipse, scattered sunlight returns back to Earth.

It is worth noting that in this eclipse the moon will look less than usual. The moon’s orbit is not quite round. For this reason, the moon may seem bigger or smaller.

Where will the lunar eclipse be seen?

This year, residents of East Africa, the Middle East and Central Asia will be able to see a total lunar eclipse. An excellent review will be of scientists in Antarctica. The lunar eclipse will last about 6 hours.

Europe, East Asia and Indonesia will be able to see a partial lunar eclipse.

When to watch the lunar eclipse

July 27, about 20 hours Moscow time, you can observe the half-shadow phases of the lunar eclipse. The total eclipse will take place at 23 hours 22 minutes in Moscow and will last until 2 hours 29 minutes on July 28.