The luminosity of the “Star of Tabbi” fell sharply 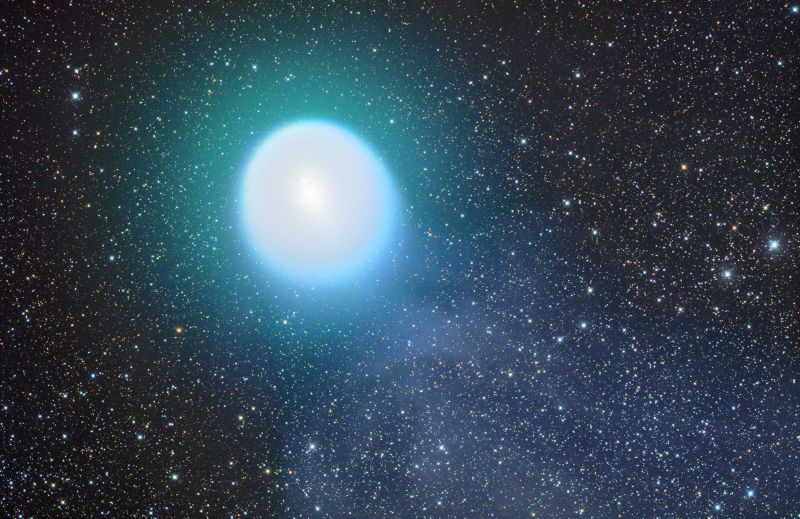 The mysterious star KIC 8462852, whose activity is sometimes associated with a hypothetical extraterrestrial civilization, once again reminded of itself. In March, its luminosity again fell sharply.

KIC 8462852, better known as the “Star of Tabby”, has become one of the most hotly debated astronomical objects of recent years. The light is in the constellation of Cygnus, 1480 light-years away from us. In 2015, it was observed with the help of the space observatory “Kepler”. As is known, when the planet passes in front of the star, the light of the latter decreases slightly for a short period of time: it can be observed at regular intervals. In the case of star KIC 8462852, the luminosity decreased very sharply, by up to 22%. What is even more curious, scientists have fixed this type of “jumps” during different time intervals, which could have been five days, or maybe several dozen.

All of the above led to the emergence of a variety of hypotheses, including “fantastic.” So, some experts have stated that the behavior of KIC 8462852 can be explained by the construction around the luminary of the so-called. “Dyson sphere” – a hypothetical astroengineering structure, which can only be created by a super-developed civilization. It is also remarkable that even this hypothesis can not fully explain all the metamorphoses with the “Tabby”.

Now the American astronomer Tabet Boyajyan, who for the first time described KIC 8462852, announced a new decrease in the luminosity of the star. On Friday, March 16, 2018, the “Star Tabbi” again became dimmer for a short time. The luminosity difference was 4%.

This, at first glance, a slight drop, in fact is a record for the last time. It is difficult to explain by the example of other stars. Previously, scientists have already studied 193 luminaries located in relative proximity to KIC 8462852, as well as a number of stars whose characteristics are very similar to the characteristics of the “Stars of Tabbi”. In none of the examples given, astronomers observed a general tarnishing by more than 2-3%.

Recall, not so long ago a group of researchers tried to explain the strangeness of KIC 8462852 by vibrations of the rings of one of its hypothetical large planets. Such a planet in theory can obscure the star itself, and its rings. This happens at different angles, creating an effect that is observed by terrestrial researchers. It is worth mentioning that earlier this hypothesis was criticized, however, scientists introduced a number of new parameters into their model, which allowed to make the version more believable.