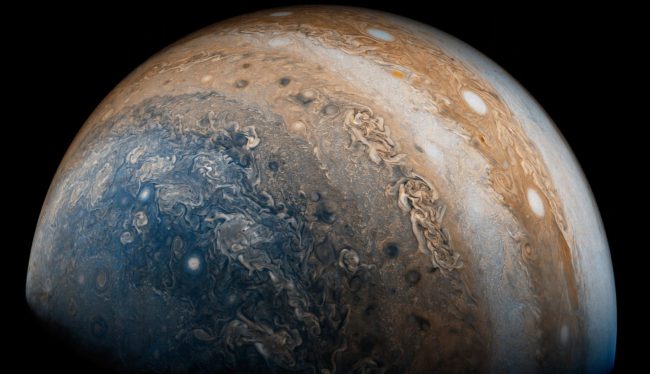 It is known that the diameter of Jupiter is 11 times larger than the diameter of the Earth, and the magnetic field is 20,000 times stronger than the earth’s. Apparatus “Juno”, which entered the orbit of the gas giant in 2016, revealed its new features.

Scientists from the United States and Denmark have created a three-dimensional map of the magnetic field of Jupiter. To do this, we used the data of the Yunona spacecraft collected during eight turns around the gas giant. It turned out that the magnetic field of Jupiter differs as much as possible from the fields of other planets in the solar system.

For comparison, the Earth’s magnetic field is dipolar, that is, flows appear at the South Pole and return to the North Pole. Also there is a non-dipole part, which is evenly distributed across the two hemispheres. 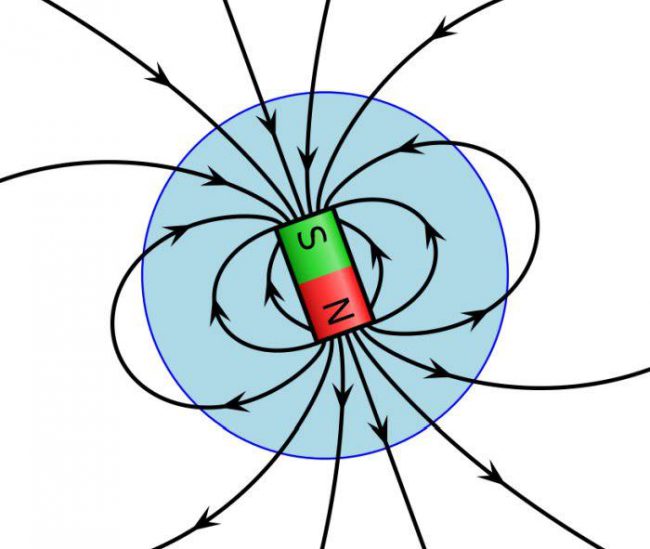 On Jupiter, magnetic flux begins in the northern hemisphere and returns to the Great Blue Blot, located at the equator. Since the poles are not located on opposite sides, the streams form an unnatural shape for other planets. Because of this, one side of the planet has a stronger field than the other. 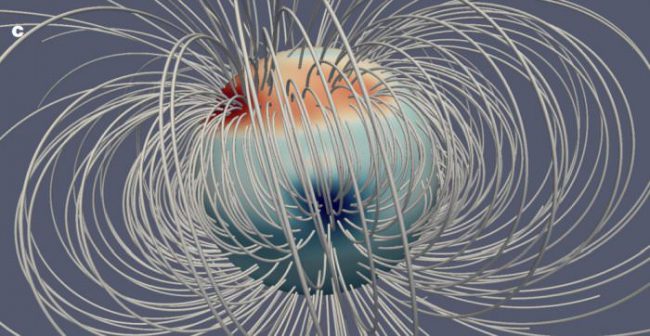 Scientists believe that the unusual form is associated with processes occurring in the depths of the planet. The magnetic field is formed due to the dynamo effect, when the internal conducting liquids move due to the rotation of the planet. In Jupiter, the effect does not work in one layer as in the Earth, but in several. This is due to the fact that the core of the planet consists of two parts: the upper one, consisting of pure hydrogen, and the lower one of the dissolved stones and pieces of ice.

To study the processes taking place on Jupiter in more detail, scientists need to obtain more data from the Juno. Her mission to study the atmosphere, magnetic field and magnetosphere will last until 2021.