The magnetic field of Mars could disappear due to hydrogen 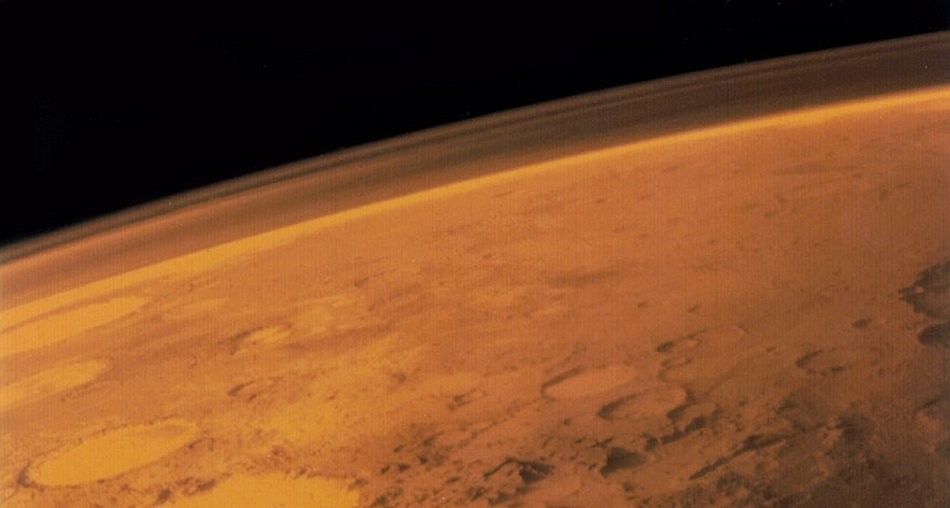 The lost magnetic field of Mars could “drown” in the core of the planet. Excess of hydrogen, which appeared as a result of the splitting of water molecules and accumulated in the Martian mantle, could stop convection (heat transfer), thus turning off the magnetosphere of the planet forever. This assumption was made by the planetologist of the University of Arizona (USA) Joseph O’Rourke at the conference on lunar and planetary sciences.

At present, the theory of the magnetohydrodynamic dynamo is the generally accepted model explaining the nature of the internal magnetism of the planets: the magnetic field is generated by convection currents in a liquid conducting core. In the process of convection, the lower layers of matter heat up, become lighter and float, and the upper layers, on the contrary, cool, become heavier and fall down, after which the process is repeated again and again. The motion of iron flows in the core of the planet, which can carry an electric charge, forms a magnetic field that protects the atmosphere from the effects of the solar wind.

However, in the opinion of O’Rourke, if layers of a lighter substance, for example the same hydrogen, settle closer to the iron core, they can block the layers of a denser substance from plunging down, thereby stopping the convection process.

“Too much hydrogen – and convection processes can stop completely. Hydrogen is a ruthless killer, “O’Rourke said during his presentation.

The scientist, together with his colleague Dan Shim of the same university, suggested that a large supply of hydrogen in the bowels of the planet could appear from the water contained in the Martian minerals. Closer to the hot core, the water would be split into hydrogen and oxygen. The chemical reactions of oxygen and other elements could keep it in the upper layers of the planet’s mantle, while hydrogen could settle almost on the core and thus effectively slow the magnetohydrodynamic dynamo.

The main question here is whether the minerals of Mars had what it takes to deliver hydrogen to the right place. Recent studies of the Red Planet show that the crust of Mars is rich in mineral olivine, which is poorly bound to water and therefore relatively dry.

In deeper depths of the planet, pressure forces olivine to pass into minerals of wadsleyt and ringwoodite, capable of containing more water. Even deeper – and these minerals turn into bridgmanite, which again becomes dry. For some time this bridgemanite could act as a buffer against water, allowing the core to continue convection. However, as the mantle cools, the bridgmanite layer contracts and eventually disappears completely, O’Rourke’s research suggests.

Was there ever this saving layer of bridgmanite inside Mars, depending on how large the core of the planet is. This information can be obtained with the aid of the Mars InSight spacecraft, which is scheduled to launch in early May, notes O’Rourke.

Scientists believe that about 4 billion years ago, Mars still had a magnetic field. Researchers struggled to explain how it disappeared, leaving the planet vulnerable to the devastating solar wind, which probably “blew away” its atmosphere and deprived of surface water.

But if hydrogen really blocked the core’s core convection, then by geological measures everything should have happened in a very short time. Previous studies indicate that the magnetic field of Mars has disappeared relatively quickly, in about 100 million years.