The magnetic field of the Earth was easier than we thought 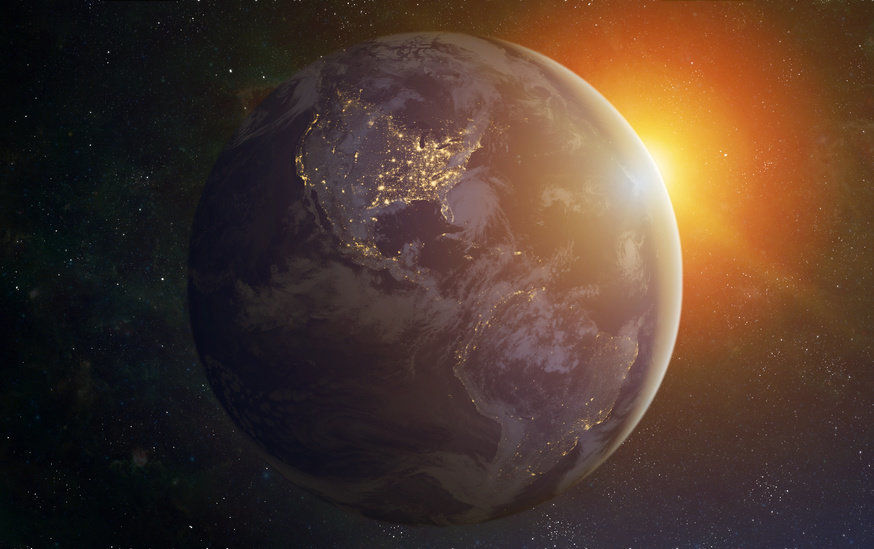 Scientists have identified areas of the Earth’s magnetic field that evolved during periods of the order of 1000 years. This discovery will allow us to better understand the mechanisms of the operation of the magnetic field of our planet and add accuracy to the predictions of changes in this field.

The magnetic field of our planet is of great importance for life, providing a “shield” from charged solar particles (“solar wind”) and helping in navigating ships. Hundreds of years of observations of the magnetic field, as well as geological finds have shown that the field varies significantly over time.

“We have known for a long time that the Earth is not an ideal magnetic dipole, and we see these deviations from ideality in geological sources,” said Maureen Maureen Mo “Walczak, a researcher at Oregon State University, Author of a new study. – We see that the elements that do not correspond to the structure of the dipole are by no means fleeting, unpredictable. They have a stable character, retaining their position for more than 10,000 years in the Holocene period. ”

Examining the samples of magnetic rocks selected from the seabed in the Gulf of Alaska, as well as at other points on the surface of the planet, the team of Walchak showed that the structure of the magnetic field of our planet had several regions of increased magnetic activity besides the magnetic poles and “switched” between these ” Additional poles “at intervals of several tens of thousands of years, while the main magnetic poles of the planet continued to maintain their position unchanged. The presence of only a few large regions of increased geomagnetic activity, between which a periodic “switching” occurs, greatly simplifies the picture of the changes in the structure of the magnetic field of our planet, which previously was much more complicated.