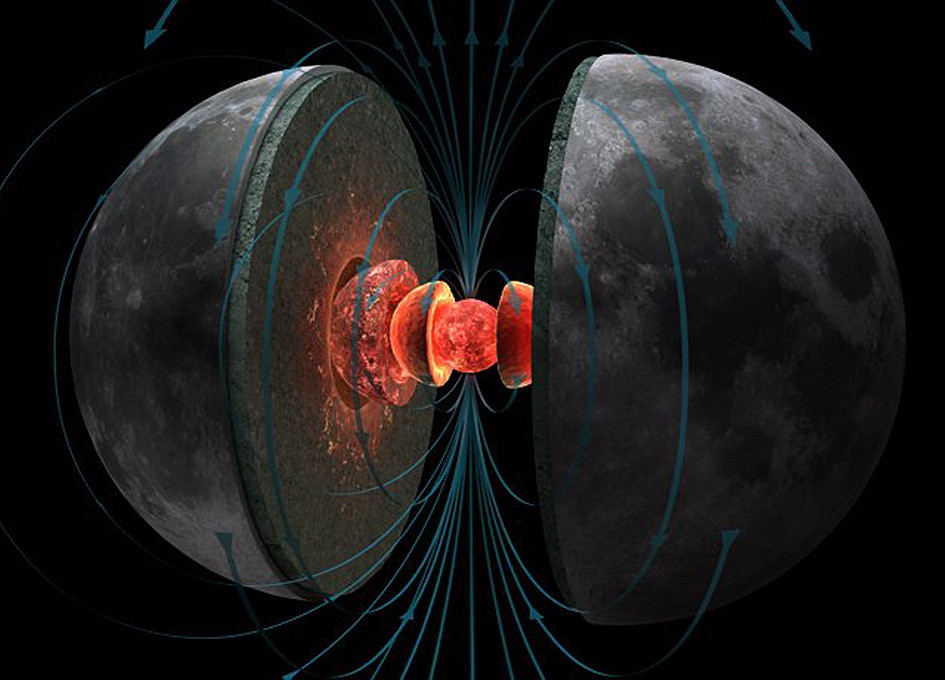 At present, of all the bodies of the solar system, only Earth, Mercury and Ganymede have their own magnetic field. But as the data collected by the interplanetary missions show, in the past many more satellites and planets possessed their magnetosphere. Among them is the Moon.

The analysis of samples of lunar rocks delivered to the Earth showed that they were formed under magnetic field conditions, the power of which even exceeded the modern magnetic field of the Earth.

For a long time there was no unity among researchers for the question of how the Moon itself could have its own magnetic field.

According to one theory, it was temporary. Magnetic fields were generated on the surface of the Moon during the most violent collisions with asteroids, imprinted in molten rocks.

However, modern research does not confirm this version. The lunar magnetic field was constant and existed at least during the first billion of her life. 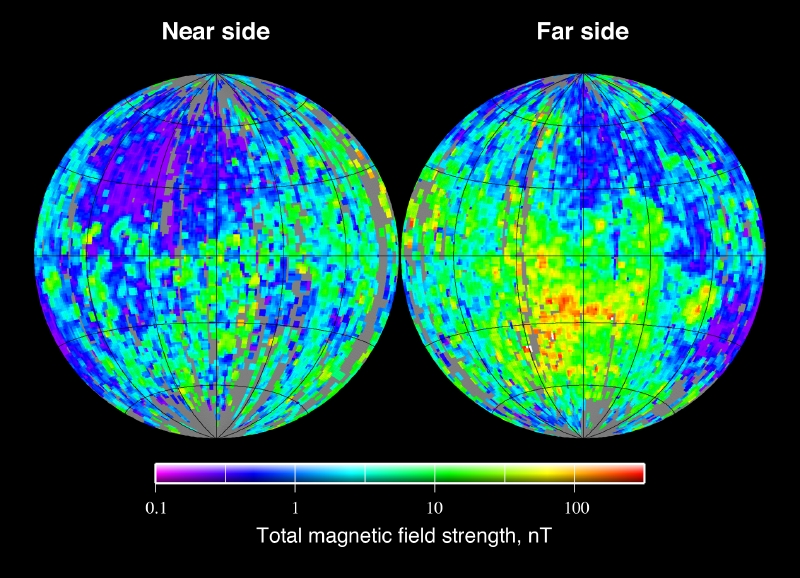 In a recent issue of the journal Earth and Planetary Science Letters, the results of a new study on this topic were published. According to its results, the magnetic field of the Moon arose due to the effect of the planetary dynamo.

A group of planetologists from the Lyndon Johnson Space Center conducted a series of experiments with the substance, trying to determine the composition of the lunar core.

According to their conclusion, it basically consists of iron and nickel with small admixtures of carbon and sulfur. Immediately after the formation of the Moon, the core was straightened.

Then it began to crystallize, which led to the appearance of hot matter flows in the bowels of the satellite and the formation of a global magnetic field. Approximately 3.1 billion years ago, this process ceased and the Moon lost its magnetosphere.