The majestic magnetosphere of Jupiter 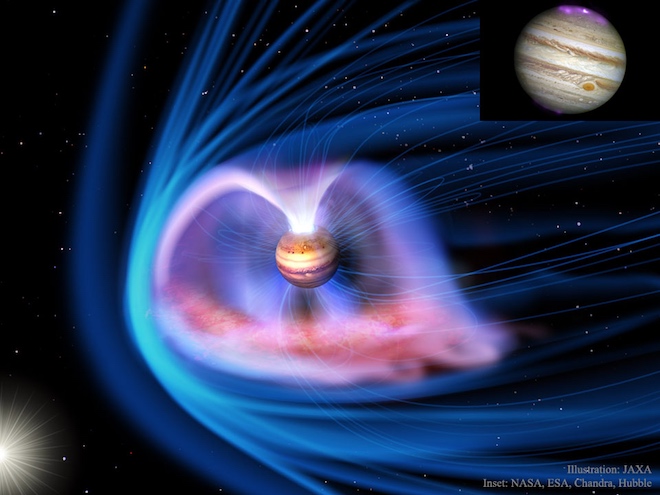 And on Jupiter there are auroras! As in the case of the poles of the Earth, the magnetic field of the largest planet in the solar system is compressed under the blow of a stream of charged particles that have come a long way from the sun. As a result of the compression of the magnetosphere, charged particles are sent to the poles of Jupiter and descend down the atmosphere. There, the magnetized electrons combine with atmospheric ions, as a result of which wonderful auroras begin to shine.

The illustration shows the majestic magnetosphere of Jupiter in action. In the inserted image, which the Chandra Observatory has made, Jupiter’s Auroras in false purple light up with an unexpectedly powerful flash. The Chandra image is superimposed on an optical image taken earlier by the Hubble Space Telescope. The aurora on Jupiter was captured in October 2011, a few days after the unusually powerful coronal mass ejection to the Sun.