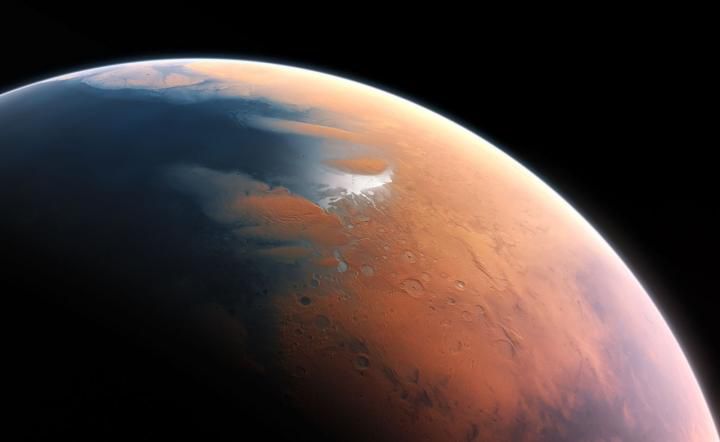 Germs, which are considered the most simple and ancient organisms on Earth can survive in extremely thin Martian atmosphere, according to a new study.

In the new work, a group of researchers, headed by astrobiology Rebecca Micol (Rebecca Mickol) from the University of Arkansas, USA, conducted an experiment in which was investigated the ability of bacteria called methanogens to survive in the rarefied atmosphere that simulates the Martian.

Studied in the experiment, four kinds of bacteria-the methanogens were placed in test tubes with liquids simulating liquid flowing through the Martian subsurface aquifers. Food for the microbes served as molecular hydrogen, and the liquid on top was covered with cotton tampons, which, in turn, was covered with soil that mimic the surface of Mars. Of all the tubes was pumped air to a residual pressure of approximately six thousandths of an atmosphere.

The results of these experiments showed that all these bacteria-the methanogens were able to survive in test tubes at low pressures for a given time of the experiment, ranging from 3 to 21 days. “These experiments show that for some species the pressure doesn’t matter much,” said Michal.

“The next step of our research will be the inclusion in the experiment of the temperature factor. We are going to recreate in our lab, the lowest temperature experienced by organisms, hypothetically existing on the surface of the red planet,” she explained.