The Martian spacecraft has imprinted Earth and the Moon 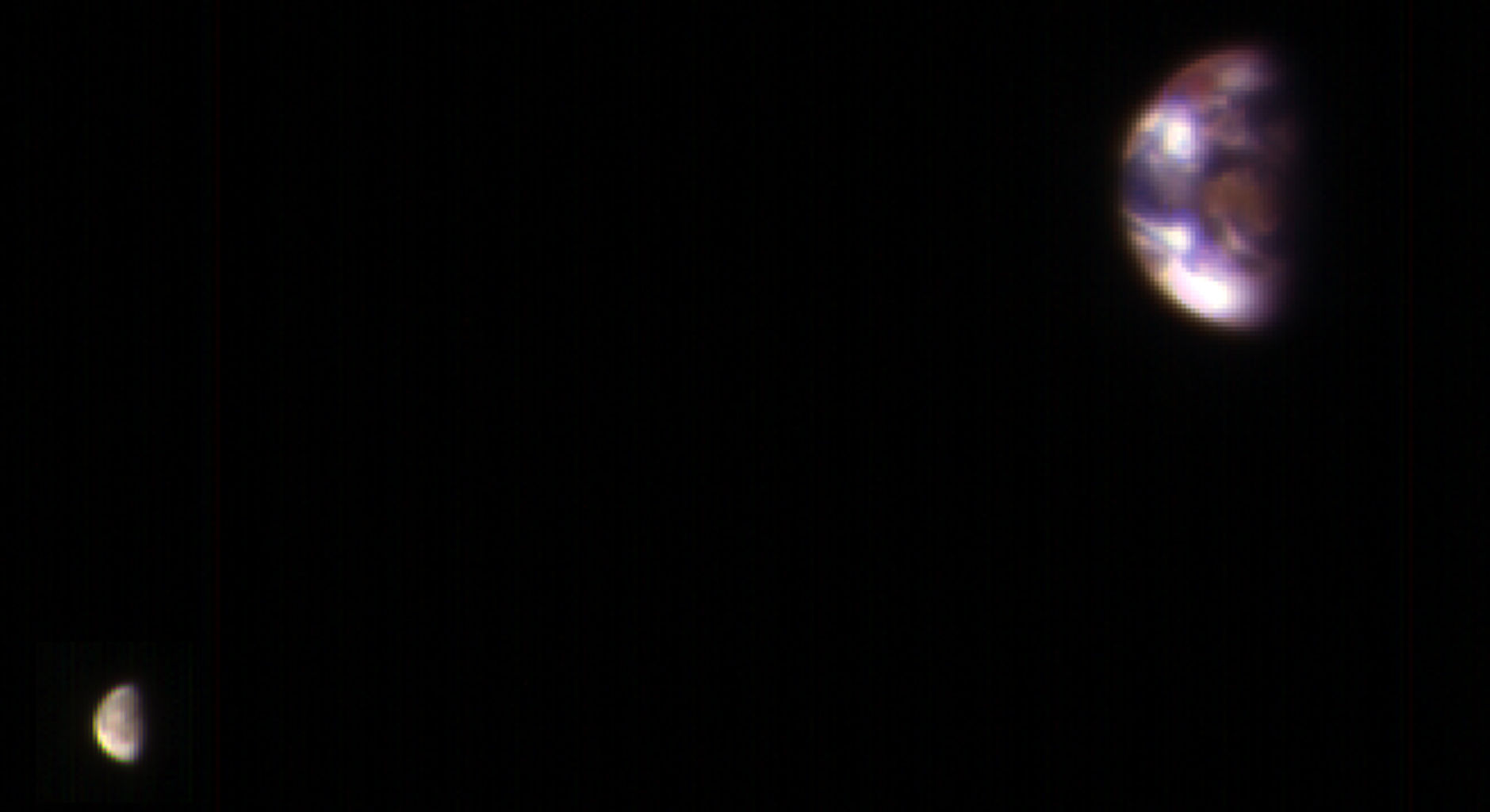 It is about the Martian Prospecting Device or simply MRO which has been started in August, 2005 by the American Space Agency NASA with a research objective of the Red Planet. The automatic interplanetary station worth 720 million dollars still is in an orbit around Mars and continues to carry out the mission.

On November 20, 2016 by means of the dash camera of high resolution HiRISE he has taken the picture from the Mariana orbit into which Earth and the Moon have got. At the time of photographing the distance between Mars and Earth has made 205 million kilometers. The Slozhnosostavny image given above has been made on the basis of two separate photos of the Moon and Earth.

The photo shows the correct size and location of two imprinted celestial bodies. By the way, the distance between Earth and the Moon makes 30 terrestrial diameters.