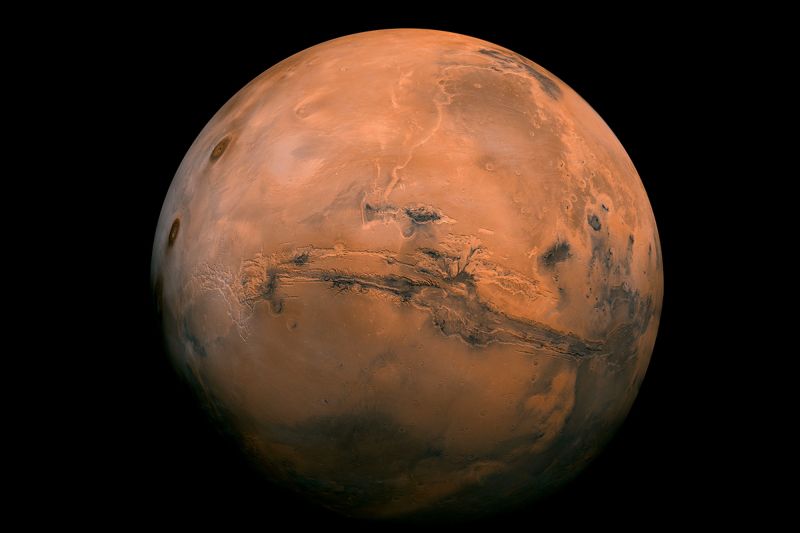 Mars can blame Jupiter in its small size. Recent research has shown that the Red Planet could be much larger if the forces of gravity did not affect it to a large extent during its formation.

Existing models of the formation of our solar system suggest that Mars could be 1.5-2 times larger than our planet by mass. Instead, today it exceeds the mass of the Earth quite a bit.

Scientists decided to return to the old theory, which could explain why and how the gravity of Jupiter did not allow Mars to gain a large mass.

Gas giants formed by accumulating gas from the protoplanetary disk that surrounded the Sun. When they grew up, their gravitational force began to exert more influence than the remaining disk, on the still-forming solid planets.

Moreover, the directions of gravity forces of the protoplanetary disk and the large Jupiter were opposite. As a result, they competed and adversely affected the mass of the solid planets. So, because of its proximity to Jupiter, Mars got the most. He lost a significant part of his solid particles under the influence of these opposing forces.