The mass of the closest exoplanets to Earth was accurately measured 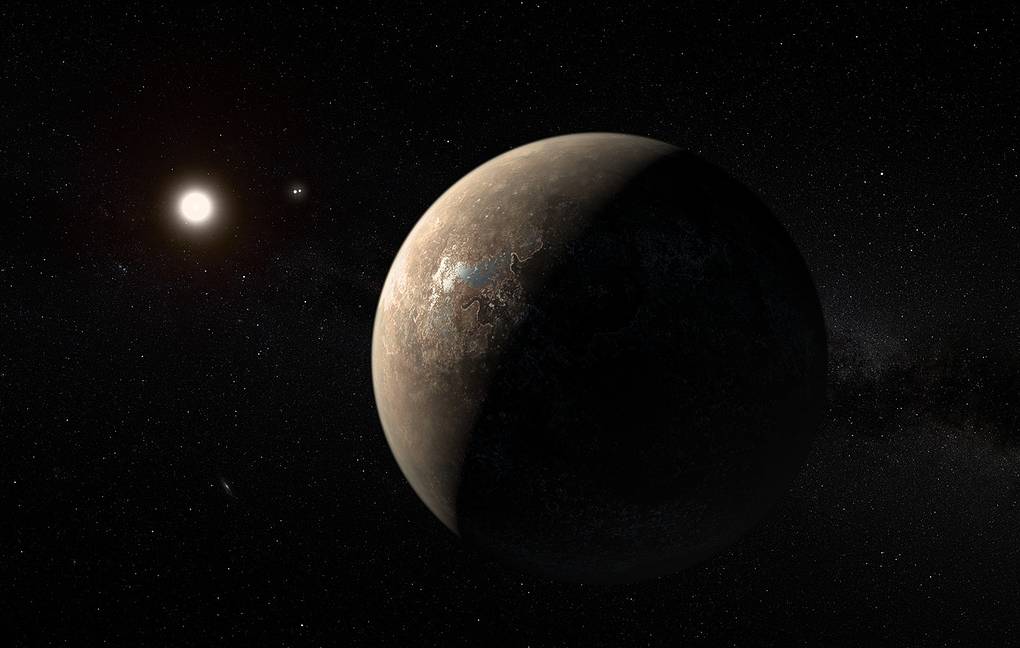 Planetologists have confirmed that the exoplanet closest to Earth – Proxima b – exists, and accurately measured its minimum mass. It can be 1.17 times heavier than the Earth. The article with the findings of scientists was accepted for publication by the scientific journal Astronomy & Astrophysics.

“Using the new ESPRESSO tool, we re-checked whether the planet has Proxima Centauri. Our observations confirmed this, and also indicated that its rotation period is 12 incomplete days, and the minimum mass was 1.17 times greater than that of Earth “, – scientists write.

Four years ago, European astronomers observed small shifts in the emission spectrum of Proxima Centauri, a red dwarf from the triple Alpha Centauri system and the star closest to us. As a result, they found a small earth-like planet next to it and named it Proxima b.

In the past, scientists already suspected that one of the luminaries of this system may have satellite planets, but before the discovery of Proxima b, planetologists did not find any definite signs of their existence.

Researchers initially assumed that Proxima b is the rocky planet closest to us, most similar to the Earth in all its characteristics. Subsequent observations made them doubt it. In particular, many astronomers believe that life cannot exist on Proxima b due to the restless nature of its luminary. The fact is that flashes constantly appear on the surface of this star, which can destroy the atmosphere of the planets.

A group of astronomers led by a planetologist from the Canary Islands Astrophysical Institute (Spain) Alejandro Mascareno observed Proxima Centauri using the large ground-based VLT telescope throughout the past year. As a result, scientists have taken a big step towards more accurate estimates of how suitable Proxima b is for life.

These observations, which scientists made using the ESPRESSO instrument, which can find even the slightest shifts in the structure of the spectrum of stars, pursued two goals at once. On the one hand, Mascareno and his colleagues checked whether this planet actually exists. In the past, scientists have already come across the fact that exoplanets discovered by shifts in the spectrum of luminaries did not actually exist.

On the other hand, scientists wanted to use ESPRESSO to clarify the mass, rotation period and other important physical properties of Proxima b. Guided by such considerations, Mascareno and his team periodically measured fluctuations in the brightness of Proxima Centauri in different periods of 2019.

Thanks to the great accuracy of the new device, the researchers confirmed the existence of Proxima b after only six dozen such measurements. This is several times less than what the discoverers of the planet needed in 2016. In general, new data have confirmed that this planet is similar to the Earth, and its position in orbit, as well as its size and mass. However, the last two parameters turned out to be slightly larger than astronomers had expected from previous estimates.

In particular, without taking into account past measurements, Proxima b turned out to be approximately 1.3 times heavier than the Earth, while when all the known observations were combined, this indicator dropped to 1.17. However, such discrepancies, as the researchers emphasize, are not significant when assessing the climate of the planet, as well as how it might look.

The orbit of Proxima b was slightly less elongated than the researchers had previously suggested. As a result, scientists adjusted for several hours the estimate of the length of the year on the planet. The average surface temperature also rose slightly as a result. Moreover, interestingly, Mascareno and his colleagues did not find any hints of the existence of another planet, Proxima c, as recently announced by the discoverers of Proxima b.

This, as the researchers suggest, can be due to both the insufficient duration of the observations and the incorrect interpretation of the data received by their colleagues. Mascareno and his colleagues hope that subsequent observations of Proxima Centauri using ESPRESSO will give an unambiguous answer to this question.