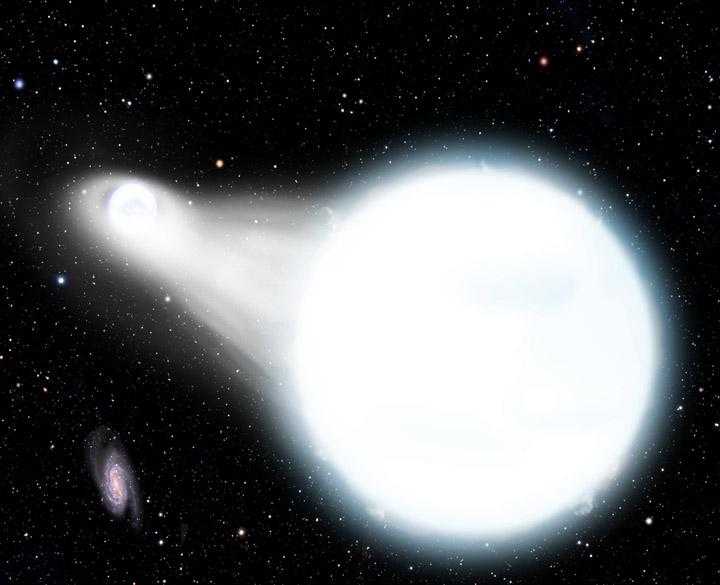 These stars are destined to merge, creating a new heavenly body, the characteristics of which are still unknown. Our descendants will probably be interested to look at him.

Astrophysicists from the University of Oklahoma discovered a pair of white dwarfs with orbital periods of 40 and 46 minutes, respectively. White dwarfs are the remnants of solar-type stars, many of them exist as double stars, but double white dwarfs with an orbital period of less than an hour are known to date very little – just a few for the whole Milky Way, numbering about two hundred billion stars. Most of them are open by the same team from Oklahoma.

Short-period double white dwarfs are interesting because rotation around a common center of mass generates very powerful gravitational waves. The loss of energy in their emission causes the rotating stars to approach each other, radiating more and more – right up to the confluence. It is possible that the waves from the found dwarfs can be detected by the technique of our era.

But what happens to merged white dwarfs, the mass of which remains insufficient to turn into a black hole, is unknown today. Most likely something like a supernova explosion followed by the formation of an exotic star such as R Coronae Borealis – now only 65 are known to the whole Galaxy. These stars are glorious in the first place with an impressive decrease in brightness with irregular intervals.

Opened by a team from Oklahoma, the system is also good because during rotation white dwarfs periodically close each other for the terrestrial observer. There are eclipses, the period of which is gradually decreasing due to the convergence of the stars. Astronomers hope that this decrease will be noticeable in subsequent observations already in our era.

White dwarfs are not as simple as they seem. One of them was recently suspected of being a remnant from an exploded supernova.