The mission of Curiosity appeared under the threat 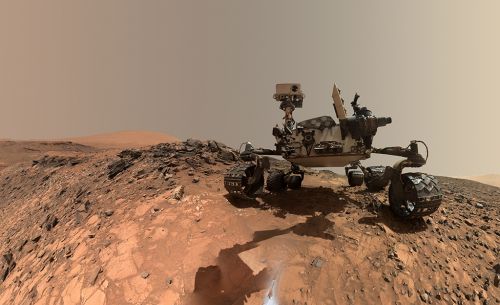 Week the Curiosity mars rover cannot already move a little, having stood on the way to Sharp’s mountain. All its electronic systems are efficient, but it costs, having clumsily extended before itself(himself) “hand”. The stop reason serious — at the mars rover jammed a drill. All works with the manipulator are stopped, engineers on Earth look for a cause of defect and try to give teams to the tool remotely.

In an expedition of Curiosity there came quite boring stage: the picturesque uplands of Murray remained behind, and to the closest rock of the mountain of Sharp there are couple more of kilometers. They were also overcome by the mars rover, inspecting neighboring dark sands and plaster stratified deposits. 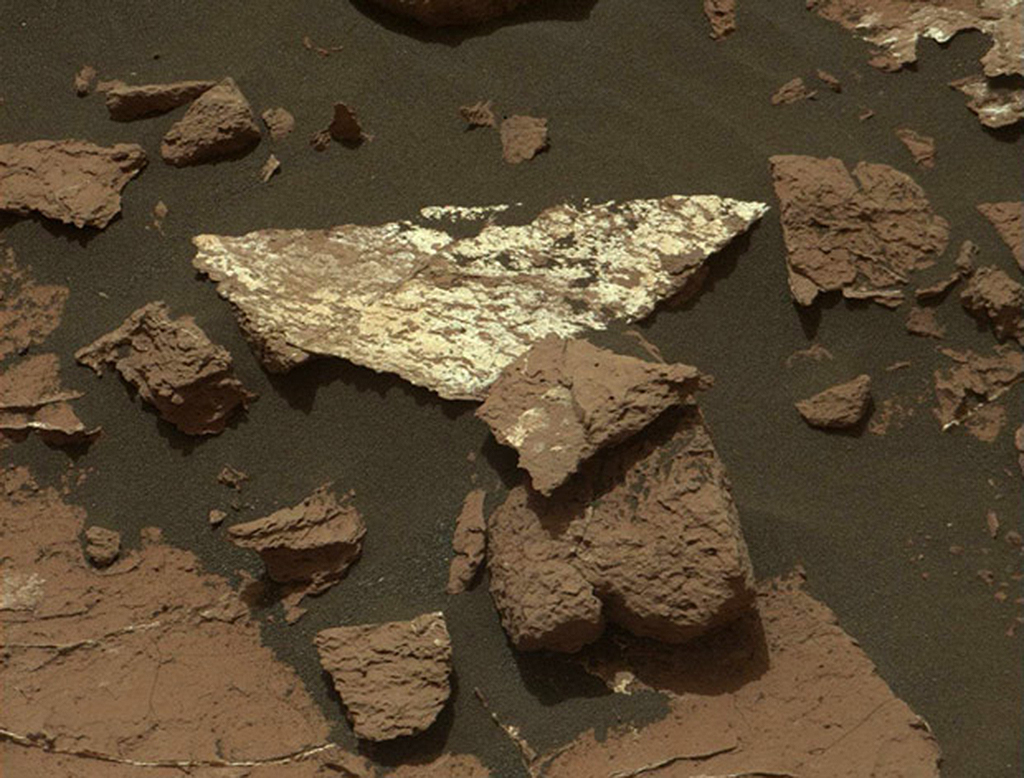 On the way of Curiosity met a small meteorite which though diversified impression of the sad plain a little. 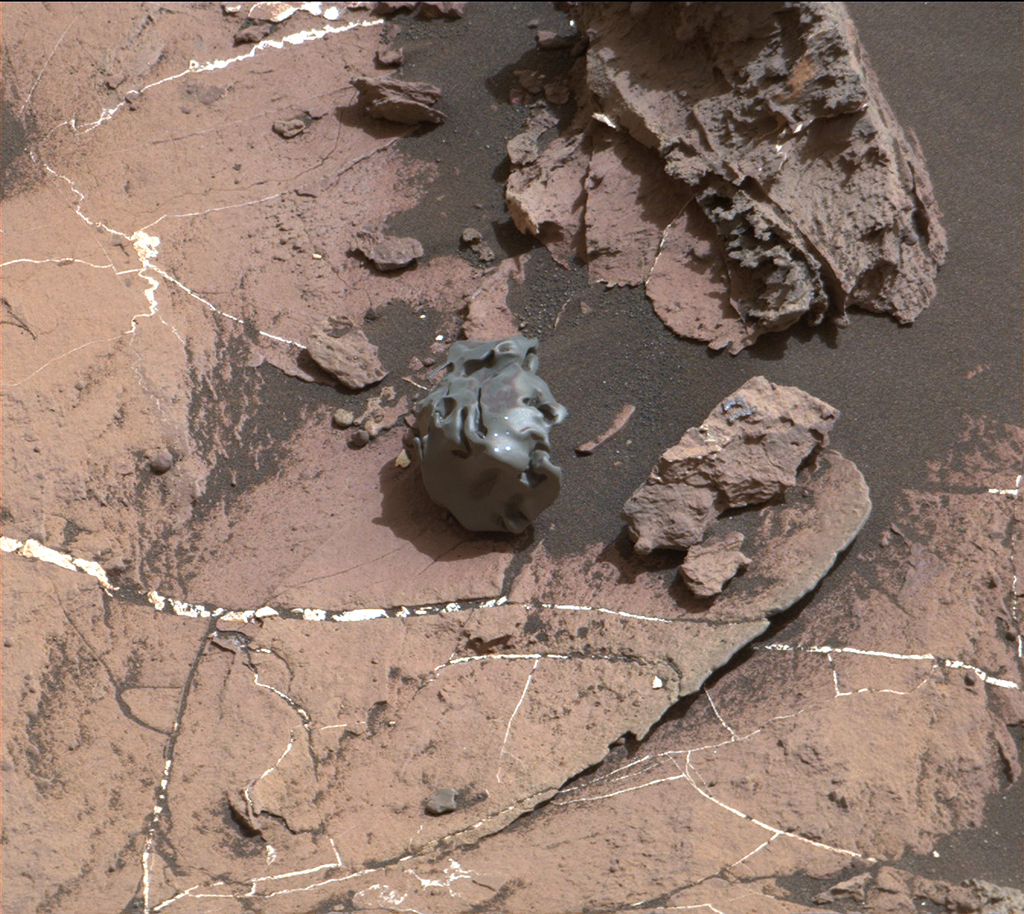 Though in NASA already not bad imagine a structure and structure of a soil of this plain, it was decided to carry out the next fence of a soil that the mars rover studied it the internal substandard instruments: gas chromatograph of SAM and x-ray diffractometer of CheMin. Scientists chose the suitable convenient place, fired its laser spectrometer at ChemCam, guided the manipulator and gave to the boring device the command to get to work.

Having checked the mars rover next day, scientists found out that the trial well under a drill did not appear. The happened failure — not the first for the boring device, but all previous had other character. To understand it in more detail, we will study the device for a soil fence.

On the Curiosity manipulator two research devices and three working tools settle down. 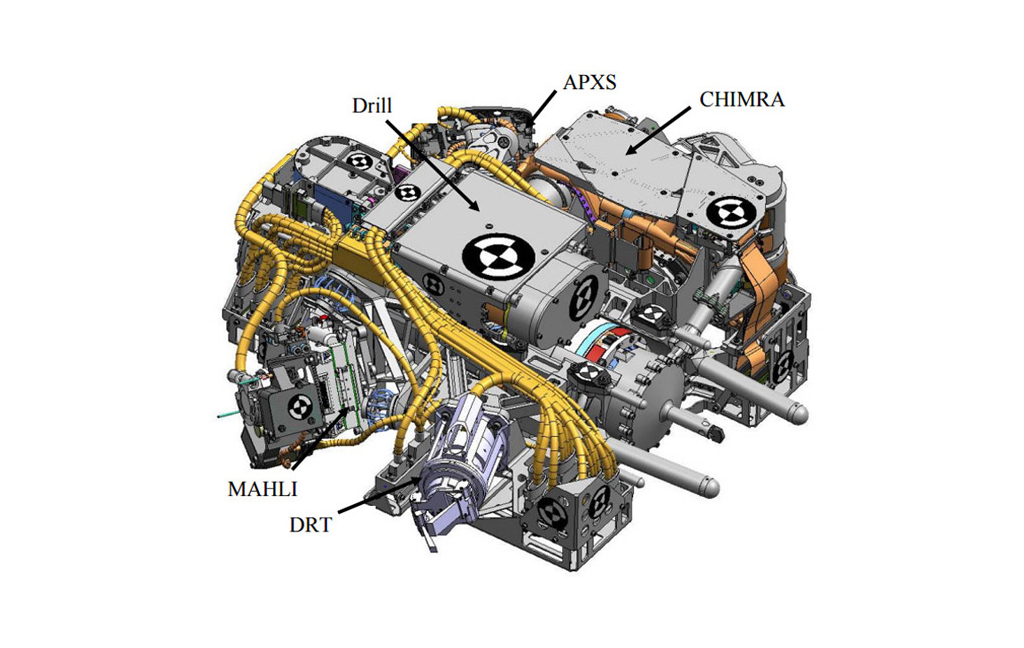 The alpha and proton spectrometer of APXS is the Canadian device allowing to define chemical composition of exemplars to which it is pressed. The MAHLI macrocamera shows a surface in tenfold increase with the highest quality. It does impressive self of the mars rover.

For padding protection the MAHLI camera possesses a mechanical cover of a lens from dust.

The metal brush of DRT clears of dust and sand certain sites of a surface which study through ChemCam, APXS or MAHLI.

Two more tools on the manipulator are intended for sampling of a soil and preparation them to loading in internal substandard instruments. Restricted volumes of loose exemplars with sizes of grains no more than 1 and 0,15 millimeters are required for sensitive devices.

The CHIMRA tool carries out two contiguous functions: collects a soil by a ladle or from a gruntosbornik of a drill, and also sifts and doses exemplars before unloading in funnels on a housing. CHIMRA is a complex of capacities, tubes and bolters on which the dry soil moves, being divided into exemplars and unnecessary slimes. Movement and sifting comes under the influence of an attractive force of Mars, movements of the manipulator, vibration from a vibration generator and stirrings from a percussion arrangement of a drill.

Drill — the most important, large and difficult element of the manipulator. Its drill is capable to get into the surface of Mars on depth of seven centimeters and to lift from there soil exemplars. It is provided with a drill structure in the form of a hollow tube through which there passes the drill with the wide and short cutting part. 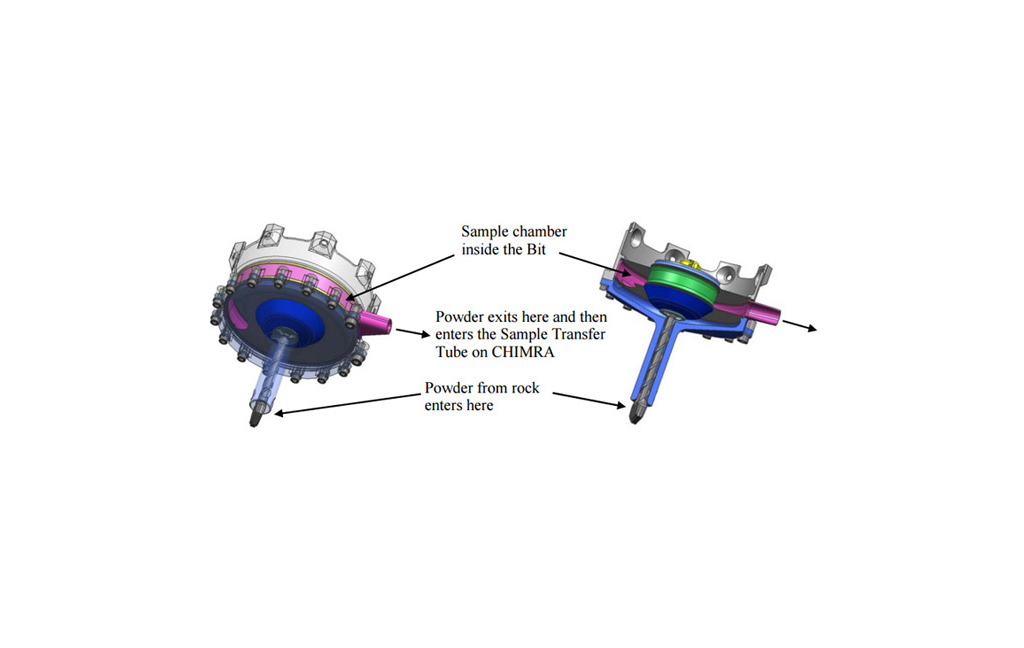 During drilling operations the manipulyatorny block is not mobile and rests against a soil two “horns” in the forefront. Giving of a drill and effort to a drill is transferred by the internal mechanism.

For improvement of boring functions the drill is equipped with “percussion” — an electromagnetic percussion arrangement which creates the reciprocations of the drummer with a frequency of 1800 beats per minute which are transferred to the drill basis. It helps with moving of exemplars of a soil to CHIMRA. The percussion arrangement became more narrow a source of malfunctions in the manipulator — the onboard system repeatedly recorded short-circuits somewhere in its subsoil. 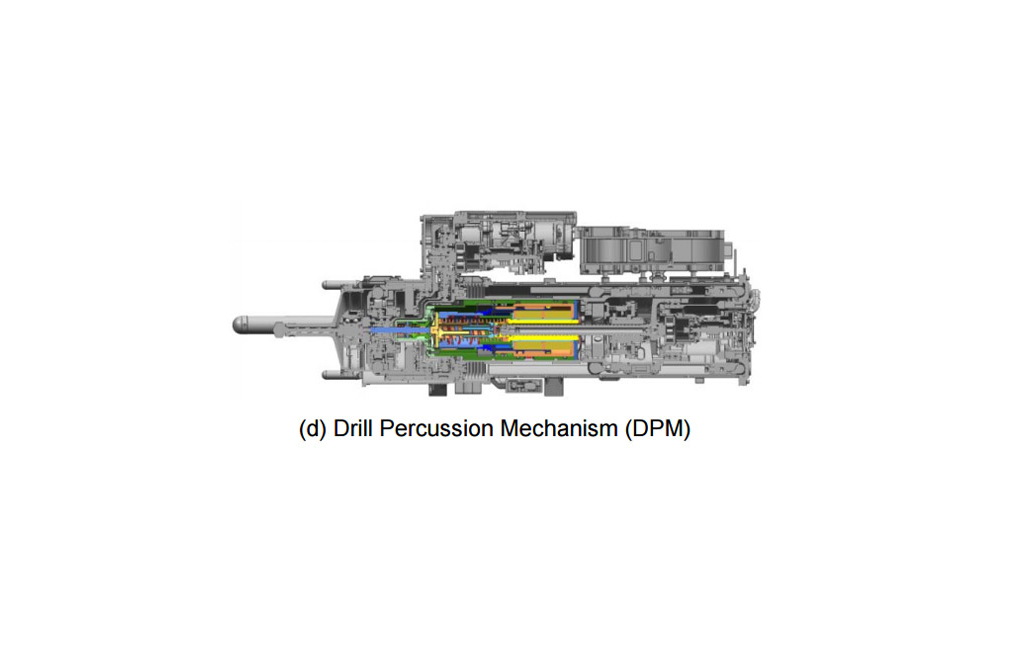 Their reason is not known yet, but there are they not at each inclusion of the drummer. Operability of a drill managed to be kept only thanks to the reserve power supply network. However the current failure is not connected with a short-circuit of a percussion arrangement in any way.

Just for couple of days before the last incident of Curiosity carried out a cycle of cleaning of shank bores CHIMRA, using only the vibromechanism — without use of the drummer of a drill. This test was carried out in advance, on a case if further it is necessary to do without “percussion”. The clearing, it seems, passed successfully though the current failure happened right after it, but yet there are no data that between these two events there is relationship of cause and effect.

When it is time to do the new well, the boring device rested against a soil, but the feed mechanism of a drill did not work — it looked so as if just jammed it. However, engineers of NASA still hope that breakage happened in a pressure unit.

The relative frame part of the tool includes a boring head, system of deduction of a soil, the electric motor, a spindle with a transmission mechanism, a percussion arrangement. 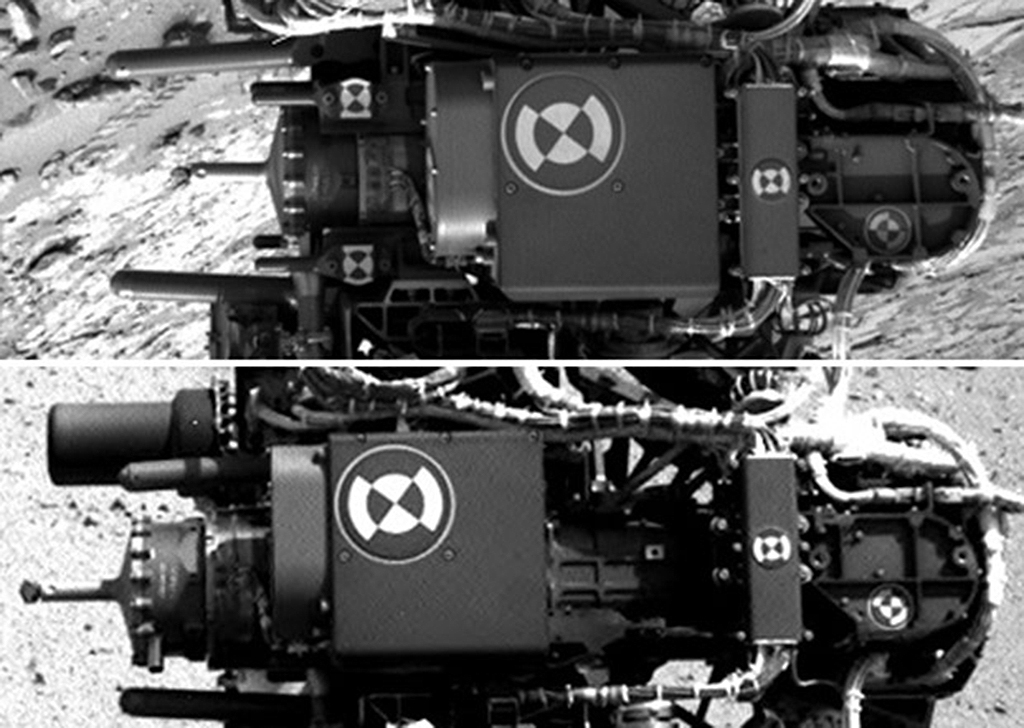 Promotion of the relative frame part of the boring mechanism takes place on system of rollers and guides and is carried out due to rotation of a screw shaft which will be transformed to a headway via the ball screw gear. The engine of giving is placed in the fixed basis of the boring device and provides load in 12 kilogram-forces of a drill. 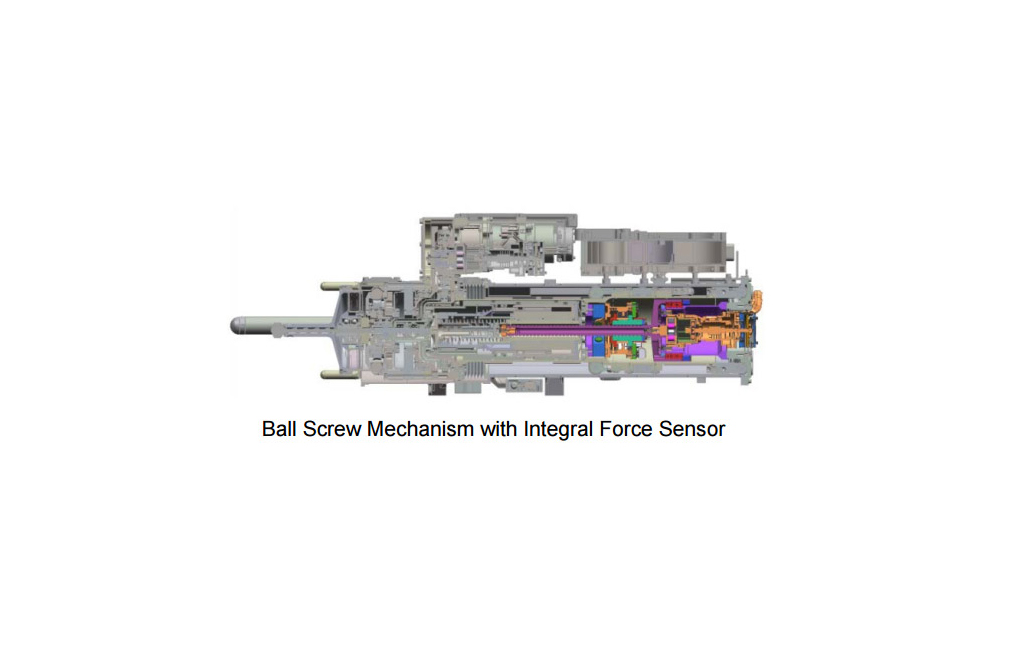 The reason of failure is covered somewhere there: perhaps, jammed the electric motor, perhaps, matter in ball transfer, is possible — what most of all hope in NASA for — in effort sensor. If a problem in the sensor, then its shutdown or a reinsertion could help. If malfunction in mechanics, then everything is much more difficult. 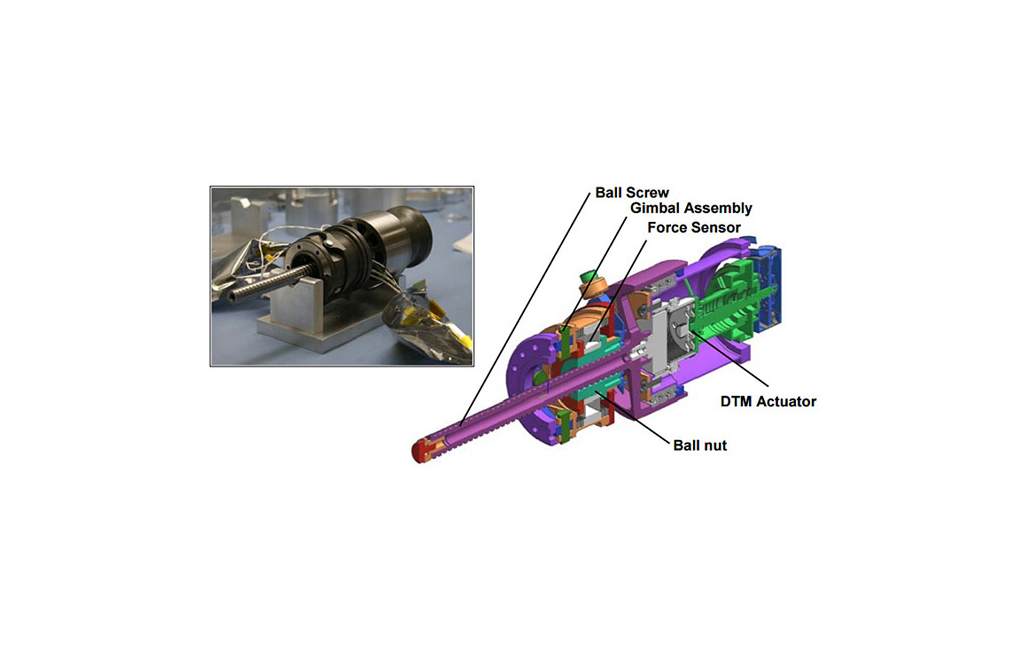 Judging by shots which are transferred by the mars rover, there are fears that the failure reason after all mechanical. The mars rover in a row removed several days the manipulator, probably during tests of various teams, and only for the third day engineers managed to achieve promotion of a drill approximately on one millimeter. Unfortunately, it is still single success.

On the mars rover two cases with spare drills are located, but replacement of a drill yet was never made because a wear of operating is not so essential. On the majority of sites drilling went in the dense dry packed soil, and only once Curiosity was necessary to undertake quite solid sandstone. Perhaps, engineers are afraid of any failure when changing a drill and do not want to risk.

If the feed mechanism of a drill is not corrected, then functionality of the mars rover will significantly fall.

At least, effectiveness of its work for geologists will strongly be reduced. The drill provides production of a soil from particular geological layers which remained without influence of external conditions several million years. Earlier during model operation scientists established that organic compounds in the top five centimeters of the Martian soil collapse under the influence of space radiation during one billion years. If access to them is not, then there will be a loose result of aeration which can be scooped a ladle.

It is difficult to tie the collected sand to a concrete geological layer, so, definition of geological history of Mars will clog, besides that it is one of main goals of an expedition of Curiosity.

Today the mars rover passed more than 15 kilometers, but still is on the way to the main object of the research — to a slope of the mountain of Sharp (Eolida). The most curious purposes, from the point of view of searching of possible certificates of ancient Martian life — the Hematite ridge and deposits the fillosilkatnykh of clays — still ahead.