The mold was deadly to astronauts 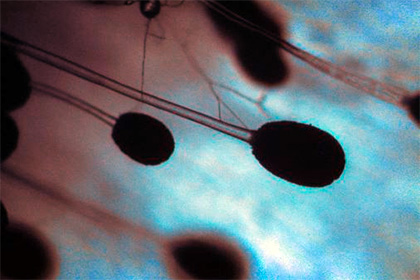 For astronauts mouldy mushrooms of Aspergillus fumigatus pose a threat for life and health, scientists from the Wisconsin university in Madison (USA) have found out.

Microbiologists have compared two cultures of A. fumigatus, one of which grew on the ISS, and another in laboratory on Earth. Results of the analysis have shown that the mushrooms which have developed in an orbit had a normal resistance to a stress and there were no changes in DNA. The strains which have grown in space were a little more killing for experimental animals, however no considerable difference between cultures existed.

And. fumigatus causes opportunistic infections which don’t affect an organism with normal immune system. However in space she weakens, and people become more susceptible to pathogens. As mushrooms keep the pathogenicity in the conditions of zero gravity on the International Space Station, it can cause in astronauts serious diseases, for example, aspergillomycosis. The risk increases at long-term missions, for example, at flight to Mars as than longer the person is in space, especially he is vulnerable.

Results of a research will help to develop new rules on preservation of sterility of manned rooms by spaceships and stations.