The moon had its own atmosphere for billions of years The volcanoes of the young Moon spewed out gases faster than those had time to escape into space, creating a rarefied atmosphere.

The dark seas on the lunar disk reveal basalt volcanic rocks that were borne by volcanoes more than 3 billion years ago, when the Moon itself was young and high volcanic activity persisted on it. Researchers from the Institute for the Moon and the Planets (LPI) at NASA’s Lyndon Johnson Space Center calculated that the magma that volcanoes erupted at that time contained enough volatile gases to keep the atmosphere on the Moon up to 70 million years ago. The article by Debra Needham and David Kring publishes the journal Earth and Planetary Science Letters.

Scientists estimate that the two largest periods of gas emissions are associated with eruptions that filled the Sea of ​​Clarity (Mare Serenitatis) and Mare Imbrium (Mare Imbrium) 3.8 and 3.5 billion years ago, respectively. They were visited by manned expeditions Apollo 15 and 17, bringing to the Earth samples of lunar regolith, in which they managed to identify traces of the presence of various volatile compounds. The authors note that some of these substances – especially water – should remain “locked” in cold, constantly in shadow areas near the poles of the satellite. 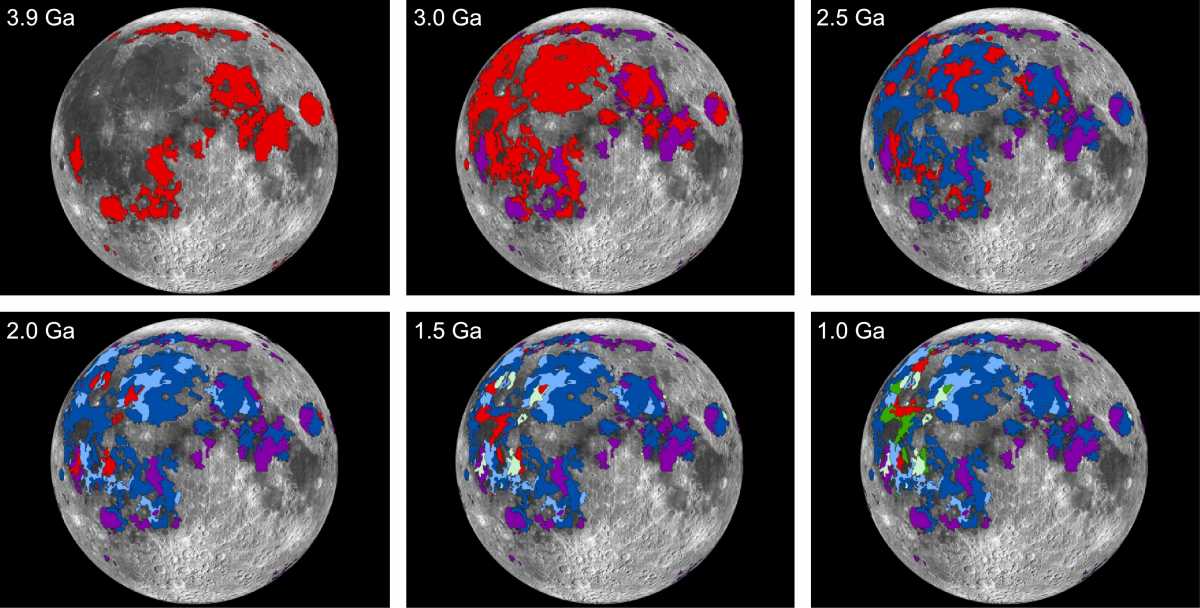 In addition to water, traces of carbon monoxide and hydrogen sulphide are found in basalt deposits. For a long time, while the geological activity on the Moon persisted, the volcanoes had time to allocate more gases than volatilized into space. As a result, they created an atmosphere, the density of which was much higher than that of Mars and which finally disappeared only about 70 million years ago. It is interesting that in the epoch in question, the Moon was still about three times closer to the Earth and looked about three times as large. Wrapped in the haze of the atmosphere, it was little like the lifeless and distant disk that our satellite today appears.