The moon has water 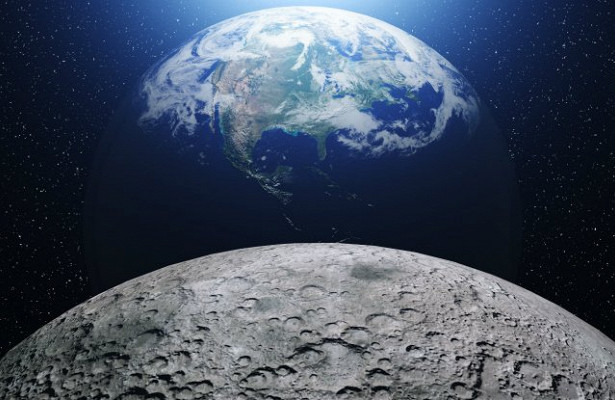 In the wilderness in northwestern Africa, scientists discovered a lunar meteorite containing convincing evidence of hidden water reserves on the Moon. According to the researchers who studied the meteorite, on our natural satellite there may be even enough reserves to cover the future colony. About their discovery, scientists shared in the journal Science.

Analyzing the discovered meteorite, scientists from Tohoku University (Japan) determined the presence of a mineral in the composition of the mineral, which requires water to form. The researchers note that this is the first case of the discovery of a given mineral in the lunar rock.

“Moganite (SiO2) is widely distributed in the composition of small mineral silica bodies and can be represented as a quartz derivative. On Earth, it is formed as a precipitate, when the alkaline water containing SiO2 evaporates sharply under strong pressure, “says lead researcher Masahiro Kayama.

“The presence of a moharman very strongly hints that there is water activity on the Moon,” the scientist adds.

For a long time scientists believed that the Moon is completely devoid of water. Perhaps for the surface this statement is true, but in the conclusions of some studies it is asserted that on our natural satellite there are still water reserves – in the form of ice hiding somewhere under the dry lunar surface.

In the scientific community, disputes about where this water can be found do not subside. Some studies suggest that it is centered around the poles of the satellite. In other, more recent, it is said that its reserves can be distributed much more widely. Detecting the same mohanite is the first evidence that the ice on the Moon is most likely located somewhere in the middle and low latitudes of the satellite.

Using electron microsphere, scientists analyzed the chemical composition of 13 lunar meteorites, all of which were discovered in northwestern Africa. After that, with the help of Raman microscopy inside each analyzed object, the researchers discovered special mineral structures. The presence of a mohogenite was determined in only one sample, which may indicate that the mineral was not formed after the stone reached the Earth.

“If the earth’s water produced a mohanite in a lunar meteorite, then the same mohanite would have to be present in all available samples of meteorites that fell to Earth. But we did not observe this, “says Kayama.

According to scientists, this mineral was formed by evaporation of water from the surface of the Moon in a region called Procellarum KREEP terrane. This area is famous for the fact that it is often affected by direct sunlight. If this theory is correct, it means that under the very surface of the Moon (in particular, this region of the satellite), water reserves can be hidden, protected from direct sunlight and, as a result, evaporation.
“For the first time, we can provide direct proof of the presence of water ice in the lunar mineral. In the moganite traces of water less, because the moganite is formed under the influence of its evaporation.

But this observation is valid only for surface minerals. If we talk about the depths, then a lot of water can remain there in the form of ice, since the ice is protected from direct sunlight. ”
Scientists have even calculated how much water can be contained in the lunar soil. It turned out that water can be up to 0.6 percent of the mass of the satellite, which, according to Kayama, will be enough to enable future explorers and colonizers of the Moon to extract up to 6 liters of water from 1 cubic meter of rock. If the calculations of scientists are correct, then this will completely solve the problem of the need to provide water to future lunar colonies.

Unfortunately, it is not possible to confirm this with the help of existing images of lunar meteorites. Therefore, the last thing that was said will remain an assumption until people return to the moon for new research.
Fortunately, several new missions are being developed at once. The Japan Aerospace Exploration Agency announced two lunar expeditions aimed at finding water sources and returning to the Earth samples of lunar soil from the back (far) side of the satellite.