The moon of Saturn dione there is a subsurface ocean 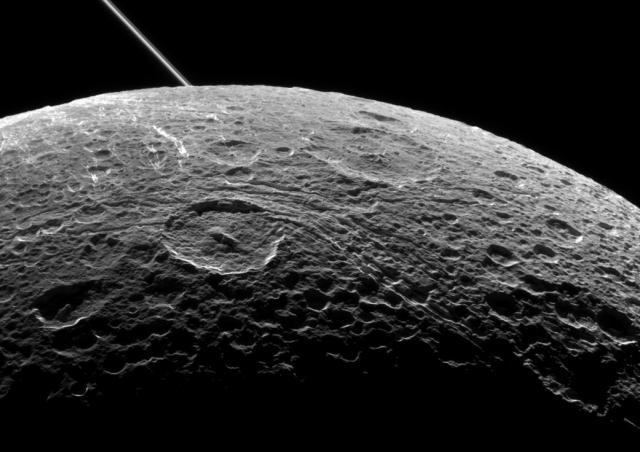 To such conclusion scientists after analyzing the data obtained by NASA’s Cassini during a flyby on 16 June 2015. Thus, the dione is the third moon of Saturn after Titan and Enceladus, which may have hidden under the icy crust of the ocean.

According to the researchers, the gravitational anomalies that were recorded by the Cassini due to the presence of a large ocean inside the satellite. As scientists believe, the rocking dione indicate the presence of a water reservoir located at a depth of about 100 km below the surface.

The Enceladus ocean, as the researchers suggest, is much closer to the surface. The depth of the ocean at dione, which envelops a huge rocky core, can reach several tens of kilometers.

Although Dion does not currently show signs of activity in contrast to Enceladus, throwing jets of water vapor into space at near the South pole, its cracked surface indicates a “violent past.”

Ocean on dione could have existed throughout its history. It can currently be supported is essential for life of organism.