The moon was very cracked 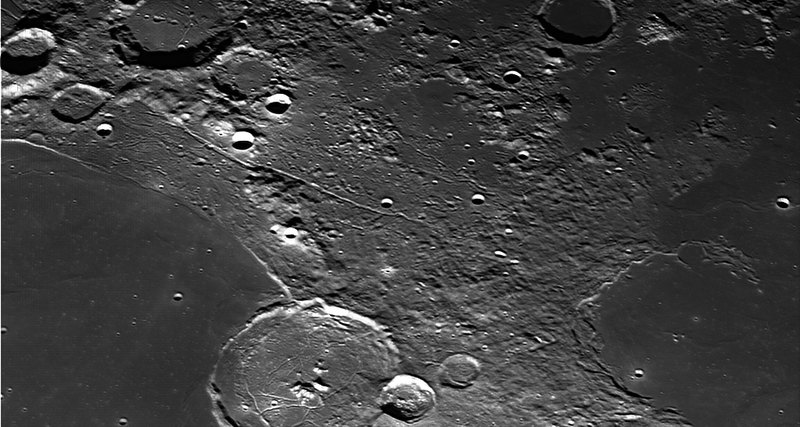 At the time of the formation of the moon, about 4.3 billion years ago, and for quite a long time afterwards, its surface was bombarded by large asteroid-sized bodies. On the moon there are no conditions for erosion, and the last billion years there is no large volcanism. Therefore, the traces of past blows are visible on its surface very well and will be visible for several more billions of years – until the diameter of the Sun increases to such an extent that the star absorbs the Moon, and at the same time the Earth. But it is on the surface, and what is under it?

Back in 2011–12, gravimetry data obtained by spacecraft from circumlunar orbits showed that the crust of our satellite has a markedly lower density than could be expected, based on theoretical concepts.

A group of American planetologists from Brown and Purdue Universities attempted to understand the causes by simulating the processes taking place in the crust of the Moon when a relatively large celestial body (an asteroid) falls.

Mathematical modeling showed that the impact of an asteroid with a diameter of just a kilometer gave rise to cracks that penetrated into the lunar interior by 20 kilometers. When a larger “projectile” hit the moon – 10 km – the depth of the cracks was the same, but their length horizontally increased several times. The radius of crack propagation reached 300 km from the impact crater.

When an asteroid falls to the Earth, the same thing happens, but here the cracks instantly collapse under the action of powerful gravity. What remains is filled with mineralized water very quickly or, if the depth of the crack is large enough, with magma. On the moon, all this is not, gravity is six times weaker than the earth, so the cracks can exist for a very long time.

According to the authors of the study, a network of multi-temporal and different-sized surface cracks currently covers the entire Moon, dividing its surface into blocks of approximately one meter size.