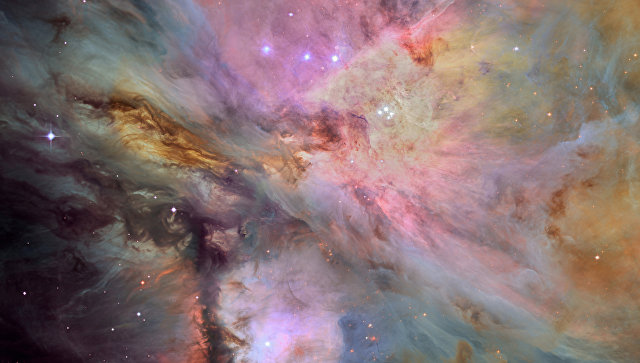 Orbital observatory “Hubble” received the most detailed and beautiful photographs of the Orion Nebula, in which the largest stars of the Milky Way are born, reports NASA.

Nebula – or the cloud of Orion – is one of the largest “star crèche” in the Galaxy. Here tens and hundreds of young luminaries are formed, one of which – HH 24 – has already attracted the attention of astronomers by the fact that the narrow beams of matter thrown out by this star make it similar to the Jedi light saber from the “Star Wars”.

The nebula is located relatively near the Earth – only 1.5 thousand light-years, and now it is one of the most studied and studied “maternity hospitals” of major stars. Many structures in the cloud of Orion, due to its gigantic dimensions, exceeding several hundred light-years, and proximity to the Earth, can be seen with the naked eye.

The central part of this nebula is about 40 light-years long (astronomers often call it the Great Orion Nebula, or Messier 42) – one of the most beautiful and active regions of star formation. Dozens of large stars constantly highlight the clouds of gas and dust, which allowed scientists with the help of Hubble tools to trace for the first time how the stars and protoplanetary disks are born.

In addition to Messier 42, the Orion cloud includes many other beautiful and interesting objects – the Horsehead Nebula, the Flame Nebula, Barnard’s Loop and a number of other star formation centers, where the light of young stars highlights dark clouds of gas and dust. The beauty of these nebulae has repeatedly led writers, poets and directors to sing them in their works.