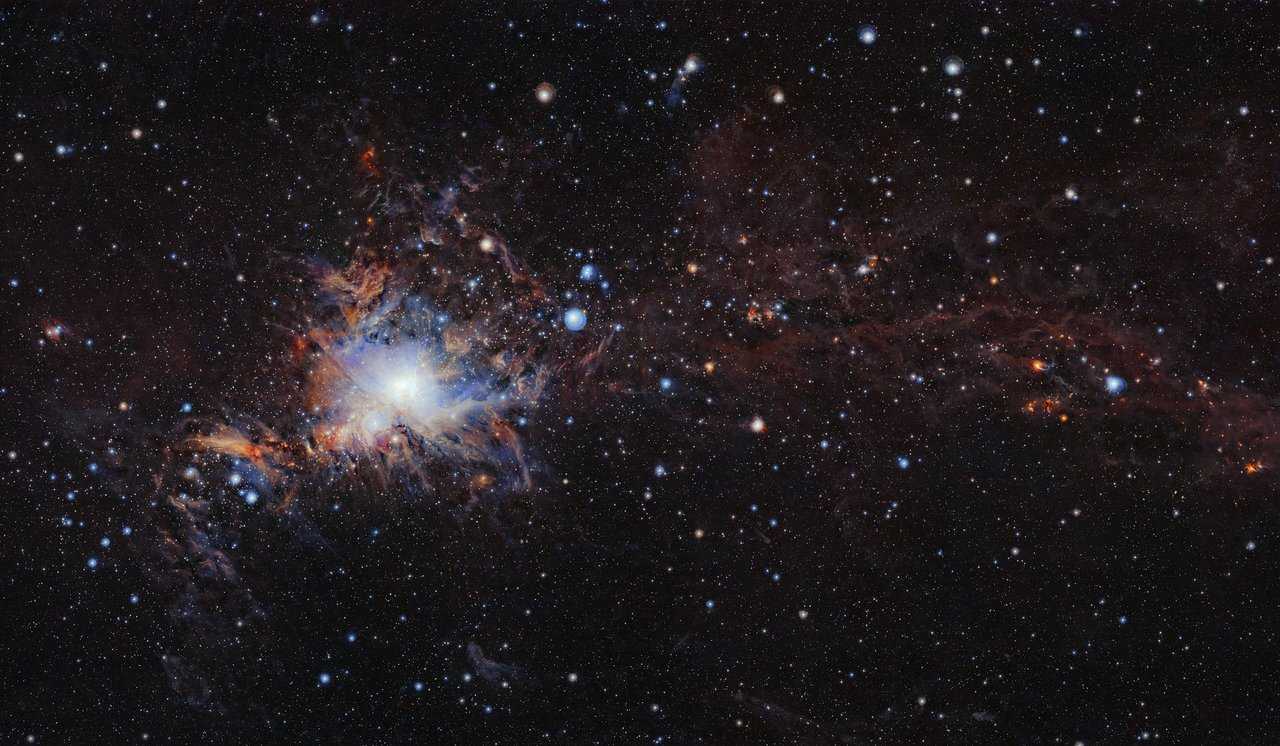 Specialists of the European southern observatory (ESO) presented one of the largest compound pictures of a molecular cloud Orion A. About it it is reported on the website of establishment.

The new image is received on the infrared wide-angle VISTA telescope which is located in the north of Chile. It represents installation of the pictures of high-res made in near infrared region of a range. The field of a picture covers all molecular cloud Orion A — one or the other clouds in a complex of clouds of Orion that by eight degrees to the south of a sword of Orion.

According to scientists, the image will help to make a star formation picture in a cloud Orion A. Tak, the picture allows to reveal earlier hidden objects: protostar disks, objects of Herbiga — Aro (fogs, the bound to young stars), small star clusters and congestions of galaxies outside the Milky Way. Itself Orion A is in 1,6 thousand light years from Earth.

The project is implemented within the VISION program. The catalog of nearly 800 thousand stars, young star objects and galaxies became result of a review of a palate. Today this review is record on the getting force and a covering for the considered area of a palate. The VISTA telescope — the world’s largest wide-angle telescope with the resolution of 67 million pixels.