The most detailed snapshot of a distant spiral galaxy is obtained

The European Southern Observatory (ESO) presented a snapshot of the spiral galaxy NGC 3981 in the constellation Chalice. It was obtained with a FORS2 camera from a Very Large Telescope (VLT).

A very large telescope is a complex of four telescopes located in the Paranal Observatory in the Atacama Desert (Chile). FORS2 is installed on one of the telescopes of the complex called Antu (Antu). The technical filling of the device is able to shoot various space objects by several methods.

The spiral galaxy NGC 3981 is located about 65 million light-years from the Sun. This is part of the NGC 4038 group, which owns the known interacting Antenna galaxies in the constellation Crow. This group, in turn, is part of the Virgo supercluster, which includes about 30,000 galaxies, including the Milky Way.

In the picture taken by FORS2, the helical structure NGC 3981 with sleeves surrounded by cosmic dust, gas and plasma, among which are star formation regions, is clearly discernible. The picture also shows a galactic disk, consisting of bright young stars. NGC 3981 is inclined to the Earth’s plane in such a way that it is convenient to observe its center, in which, most likely, there is a supermassive black hole. The nature of the spiral structure of the galaxy suggests that in the past, she experienced a clash with another galaxy. 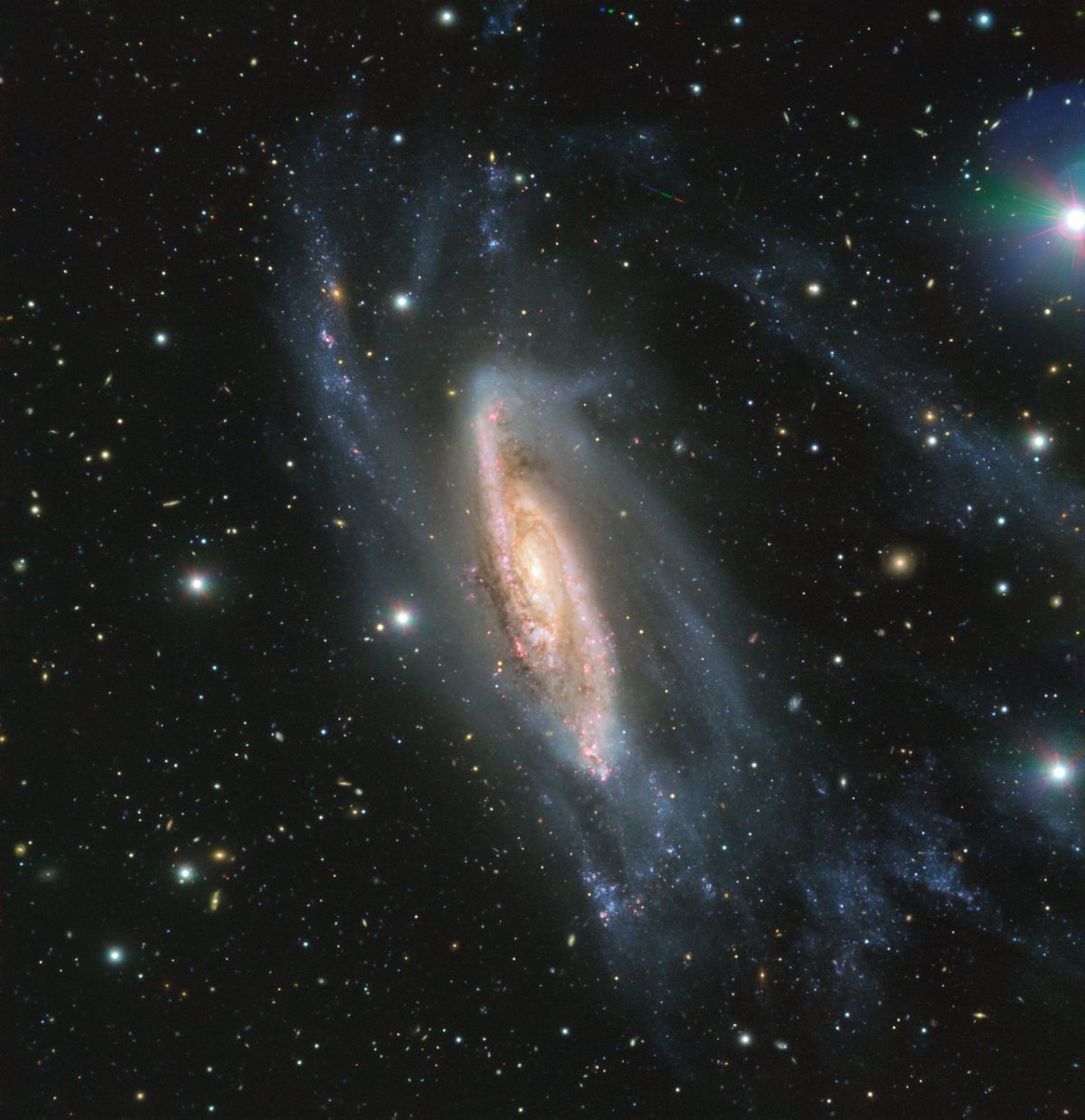 NGC 3981 is not the only interesting object in the resulting image. It also perfectly shows the stars located closer to the Earth and therefore belonging to the Milky Way. In addition, the camera captured a moving wandering asteroid. In the photo, it is captured as a weak line at the top of the image.

Photographing NGC 3981 was part of the European Southern Observatory’s ESO Cosmic Gems project. As part of the project, astronomers receive images of interesting and intriguing objects, using the observatory tools like the Very Large Telescope. In general, the purpose of these images is educational and a kind of marketing – to attract public attention to astronomy. Photographs are made during “non-working” periods of telescopes, that is, at such moments when instruments are not used for scientific research. However, if the images obtained are of scientific value, they are provided to astronomers through the ESO archive.