The most important astronomical events of 2017 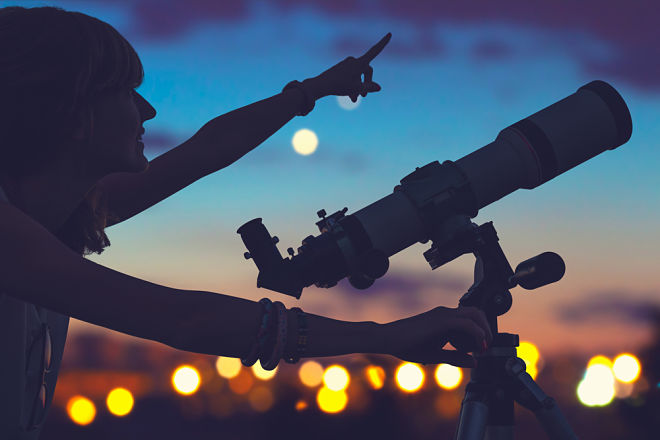 Among the many bright astronomical events of 2017, it is possible to allocate the total solar Eclipse in August. In addition, observers will be available to such phenomena as the flight of icy comets in February, bright Geminids in December, and also the appearance in the sky especially large and bright mercury and Jupiter in the beginning of the year.

In the first half of February, the sky will be lit up by the passage of the comet. After she has rounded the Sun in December 2016, the comet 45P/Honda—Mrkos—Pajdusakova begins the return to the outer region of the Solar system. Its appearance in the sky can be seen at dawn, it passed through the constellations of the eagle and Hercules. On 11 February, the comet will be closest to Earth at a distance of about 12.4 million km, Scientists expect that its brightness reaches a level where it will be visible to the naked eye.

Lucky observers caught up in the way of shade in the southern hemisphere, will be able to see koltseobrazno solar Eclipse or, as it is called, “ring of fire”. It occurs when the moon disk is too small to cover the Sun, causing the moon around the dark silhouette one can see sunlight. Shadow path passes through the southern part of the Pacific ocean, and crosses South America and ends in Africa. To the North and the South, in many regions you will see a partial solar Eclipse.

After sunset, observers should look at the Western section of the sky, where a thin Crescent moon forms a spectacular heavenly triangle with mercury below and to the right of it, and with Mars, who will marry a couple. The uniqueness of the event lies in the fact that mercury will be at its highest point and will also be very bright. This nearest planet to the Sun is difficult to observe, because usually it is lost in the glare of the sun. But at the end of March mercury will reach its farthest point from the star to the observer.

Jupiter will be a pair of Spica — the brightest star in the constellation Virgo, during the whole year. But in April, the largest planet in the Solar system will occur with the Moon. On this night, the two celestial bodies rising together in the East just after sunset in the West. At this time, Jupiter will look particularly bright, because just 3 weeks before that there will be a confrontation between Jupiter and the Sun when the planet will be on the continuation of the line “Sun-Earth”.

This year to observe the total phase of the Eclipse will be able to residents of the United States, private phase of the inhabitants of North America, Western Europe and South America. The Eclipse can be seen throughout the US from coast to coast, its path will pass from Oregon to South Carolina. The full phase will be able to observe in many cities a large part of the population will be a maximum of 1 day’s walk from the places where you will see this phenomenon. A partial Eclipse will be visible over a larger area on the continent.

6. Venus and Jupiter on 13 November

The two most important celestial bodies in our sky come together at dawn on November 13. The connection can be seen in the lower part of the sky in the East, the two planets will be split only 18 minutes of arc. Since this event will occur is low to the horizon, the planets will not be so easy to see because of the light of the morning dusk, so binoculars will make the view more pleasant.

Meteor shower the Geminids will peak tonight. As a rule, during this meteor shower can be seen 60-120 meteors per hour, but this year it will be special because the light of the waning moon will interfere with observation only until midnight. As soon as the moon come over the horizon, begin the best time for observing meteors — the wee hours of December 14, when the flow will reach a peak.