The most impressive pictures of Jupiter

Since then, as in 2011, the spacecraft Juno went to study Jupiter, the researchers received many detailed images of the planet. We suggest enjoying the beauty of the processes taking place in its atmosphere.

1. This is a completely new frame: the image was obtained by the apparatus Juno in 2018, and then carefully processed on Earth, by scientists Gerald Eichstad and Sain Doran. The photograph was taken at the time of the 13th span around the planet at a distance of 15,500 kilometers from the upper boundary of the clouds. 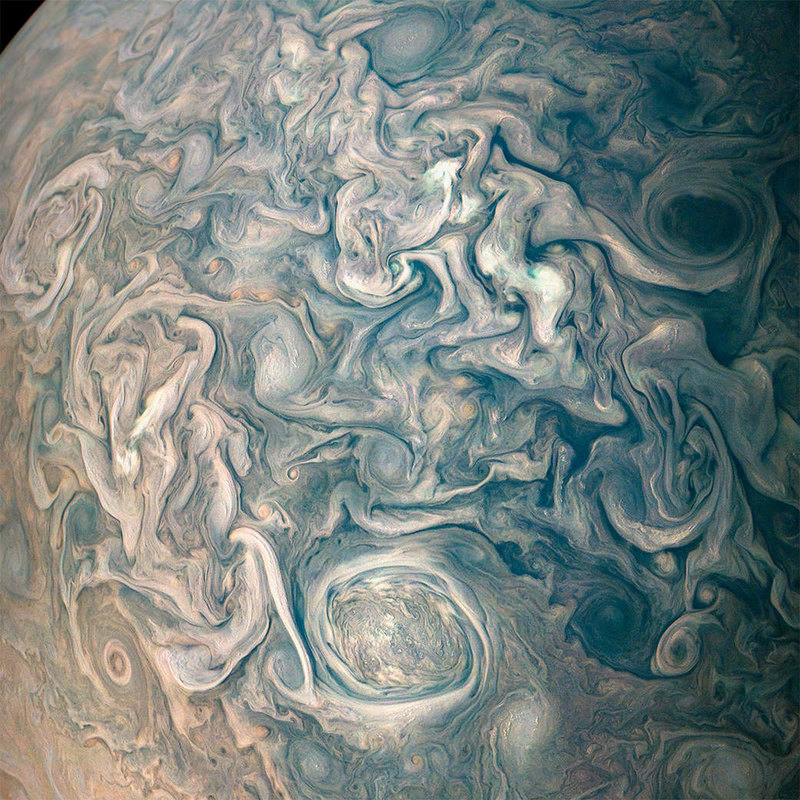 2. And this image was transferred to Juno on Earth a little earlier – in December 2017, during the 10th flight around the planet. It took specialists about a month to study and process the photographs. 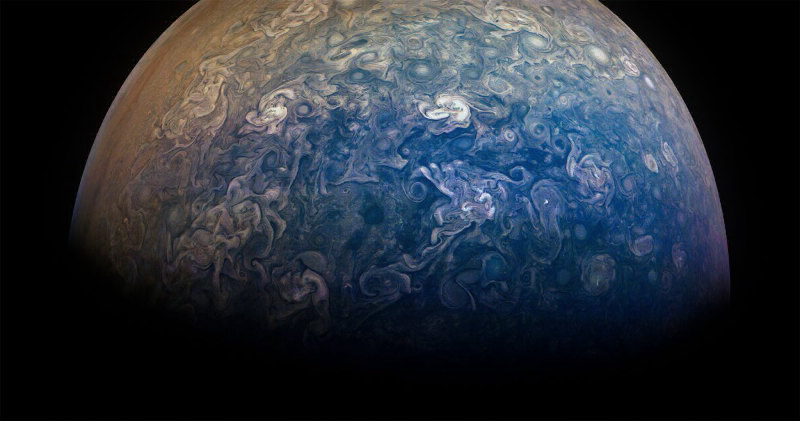 3. Apparatus Juno approaches Jupiter and transmits new images approximately every 53 days, and moves at a speed of up to 209,000 kilometers per hour. 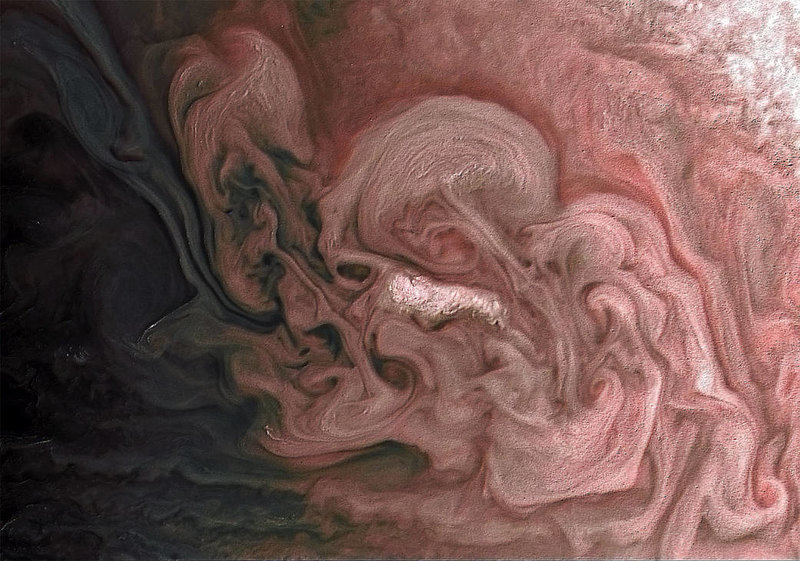 4. On July 10, 2017 Juno apparatus captured this image at the 7th flight at a distance of 13,917 kilometers. A photograph of the Great Red Spot was processed by Bjorn Jonsson: this is the largest atmospheric vortex in the Solar System, which has always attracted the special attention of researchers. The speed of the wind inside the spot is more than 500 kilometers per hour. 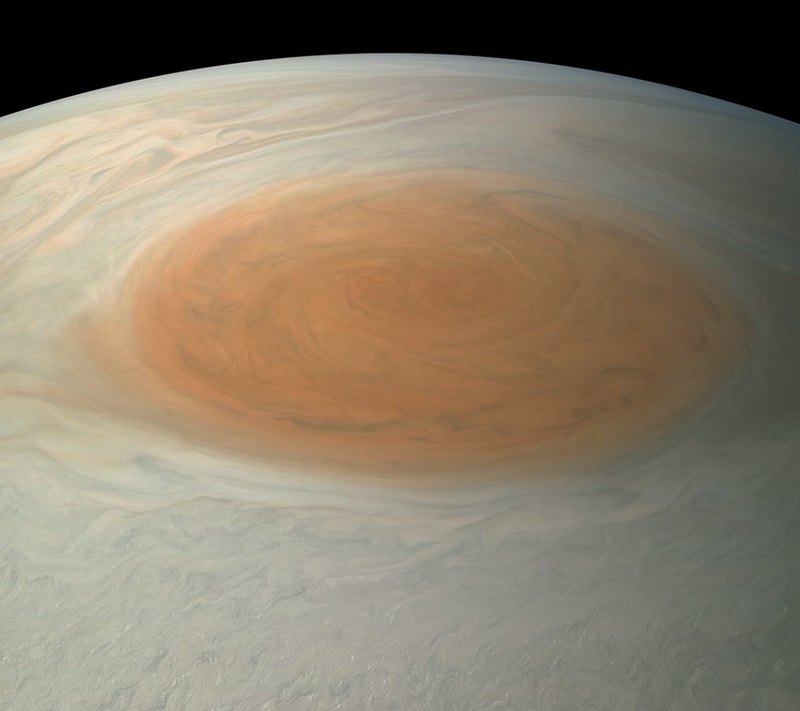 5. An image of a small red spot was obtained in February 2017 with the passage of Juno at a distance of 14,500 kilometers. 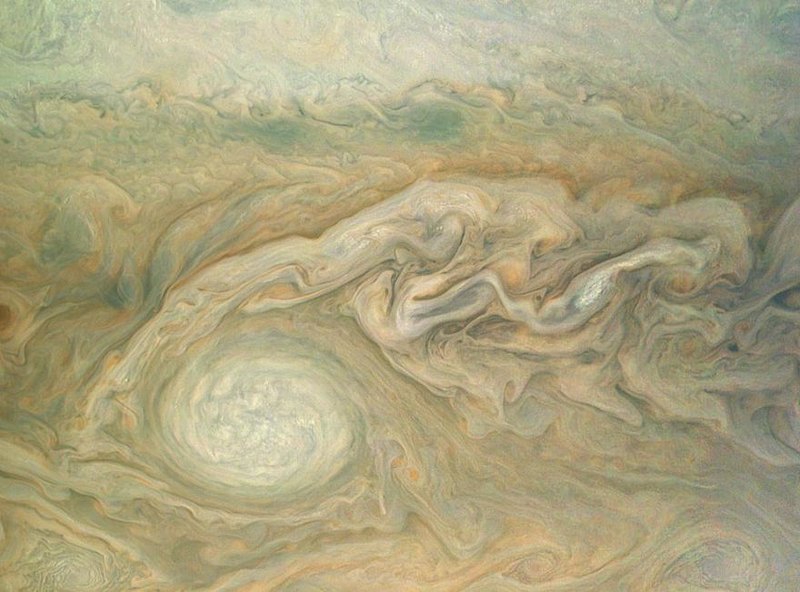 6. Another achievement of the apparatus Juno, the picture was received in July 2017. Of course, it is worth paying tribute to specialists involved in processing visual data. But, nevertheless, one can not deny: the processes taking place in the atmosphere of Jupiter are truly amazing with their beauty. 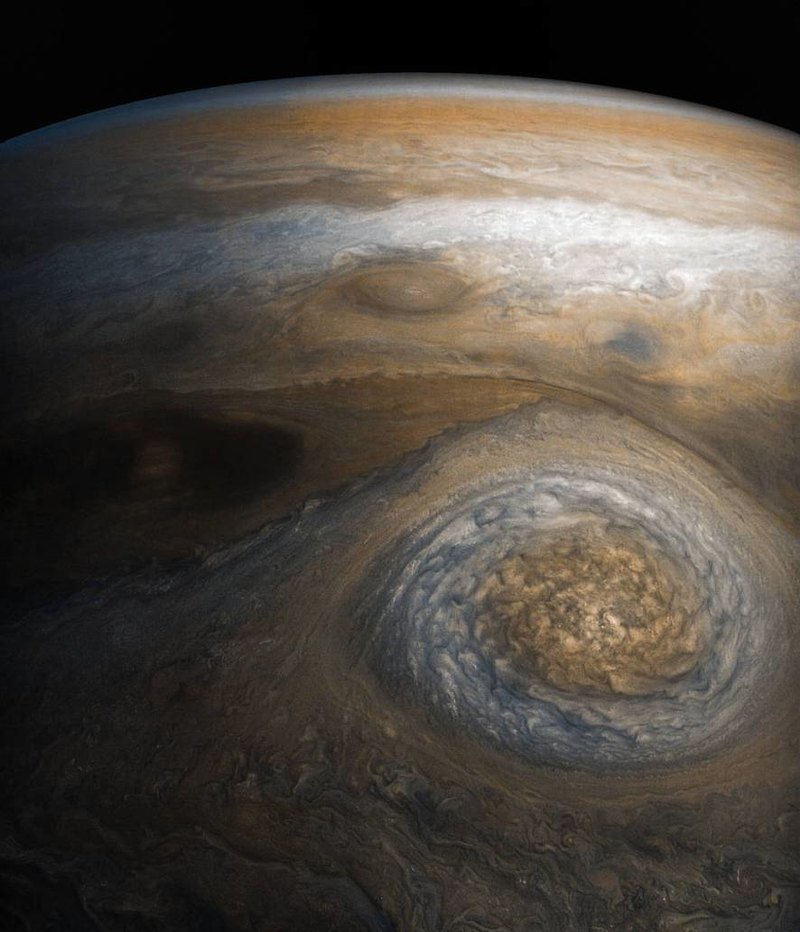 7. And this amazing photo of Juno was received in May 2017. Specialists had to work hard to process raw data and turn them into a work of art. The image clearly shows the famous pearl thread, formed by several storms in the atmosphere of Jupiter. 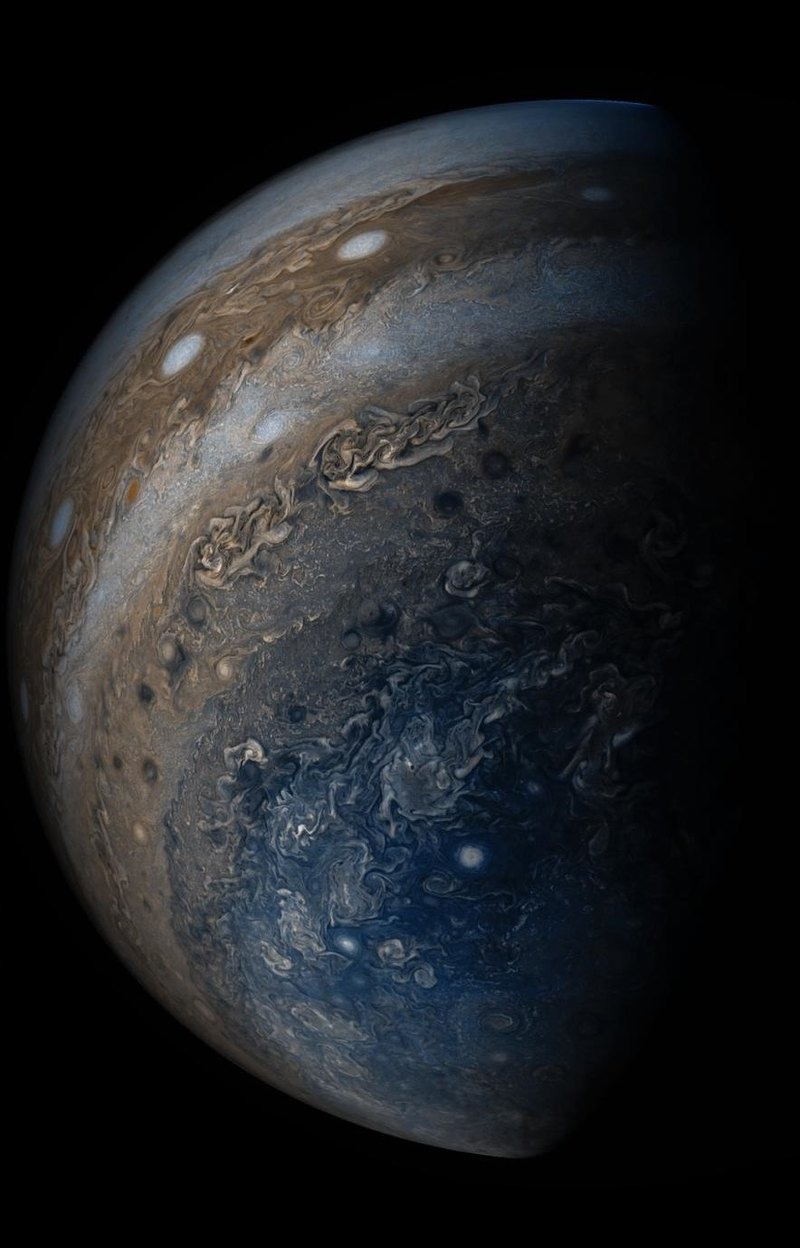 8. Finally, we recall that not only the Juno apparatus managed to surprise the Earth people with images of the gas giant. In 2000, the interplanetary station Cassini, launched into space for the study of Saturn, flew past Jupiter, transferring to Earth the shots of the planet. This photo is one of those. 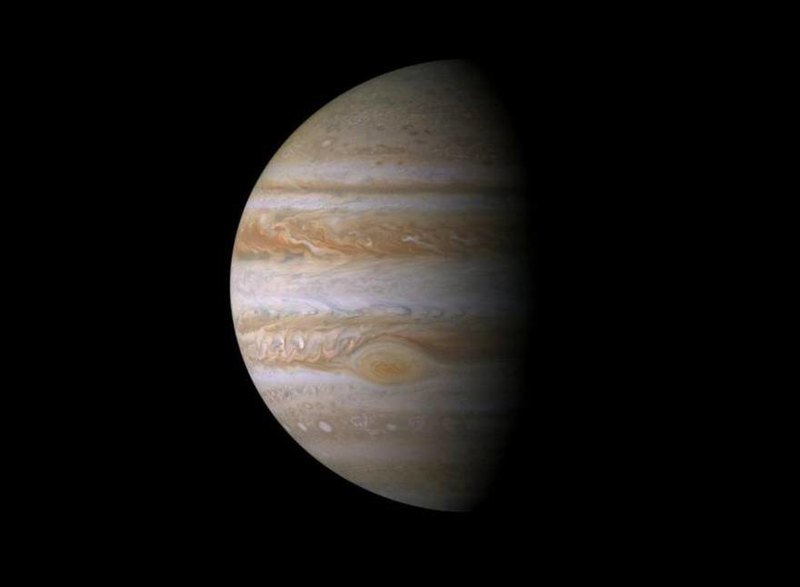