The most mysterious asteroid in the solar system 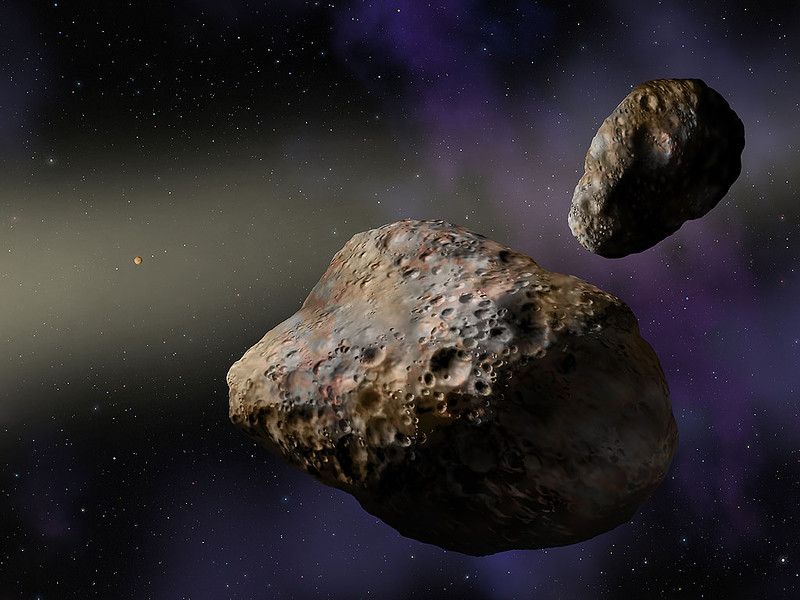 Most asteroids revolve around the Sun in a counterclockwise direction, but a recently discovered object, which scientists nicknamed Bee-Zed, behaves quite strangely. Not only does it rotate clockwise, it also enters the potential orbit of Jupiter, at the risk of encountering a giant planet and its 6,000 asteroids.

Of the millions of asteroids documented in the solar system, only 82 (which is only 0.01% of the total number) allow themselves to rotate clockwise. As the new study recently published in the journal Nature reports, the asteroid Bee-Zed, or 2015 BZ509, is an exception even among these “renegades” and is the only asteroid, an orbit that intersects with the planet. What makes this supernatural anomaly even stranger is the fact that, as already mentioned, the “suite” of Jupiter includes 6000 asteroids that follow the gas giant in the span orbit. 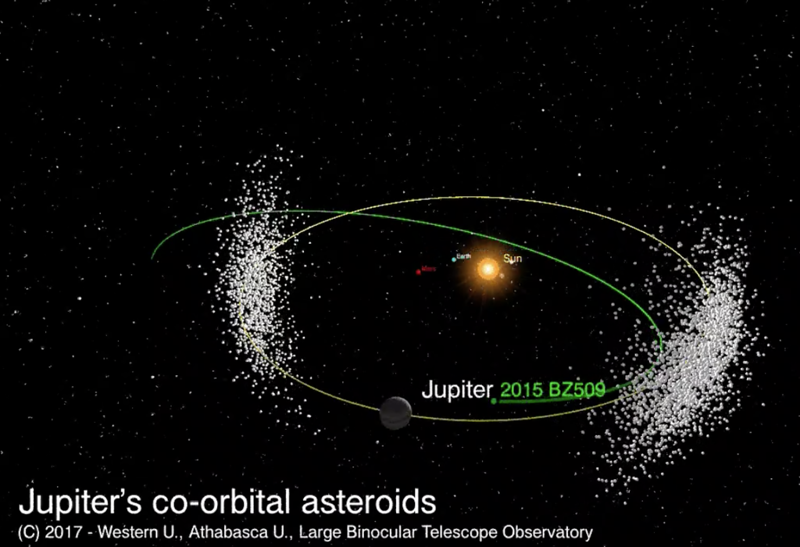 It is to them with each orbital circle that Bee-Zed rushes. According to the calculations of the astronomer Paul Veigert, the asteroid behaves like this for a million years, having made tens of thousands of turns around the star and yet never mysteriously encountering a huge planet.

This can not be a mere coincidence. As noted in the study, the gravity of Jupiter leads to the fact that the “astroid-cheater” every time adjusts to the trajectory of the motion of the planet, if they manage to cross. It is this synchronism that protects and will, apparently, protect Bee-Zed from collision for millions of years. These data were obtained by analyzing the measurements made by the Large Binocular Telescope in Arizona. 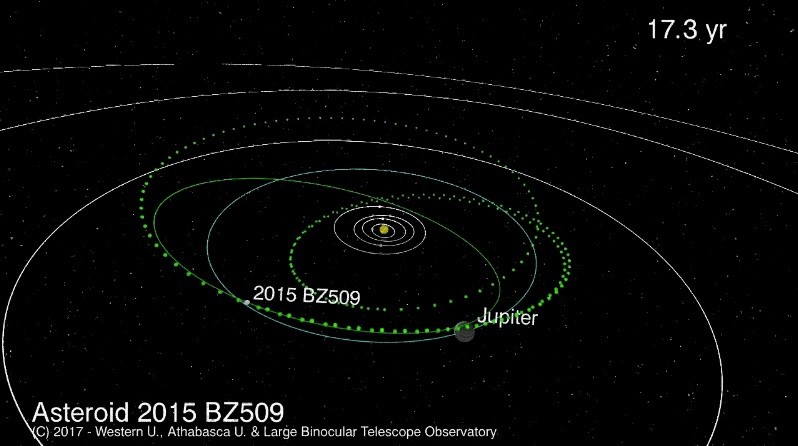 With every turn that an asteroid and a planet make around the Sun, the first one enters and exits once from the gravitational attraction of the second one. This leads to two opposite gravitational influences, thanks to which the asteroid never approaches Jupiter too close: the extreme point of convergence is equal to 175 million kilometers, and this is almost the distance from the Earth to the Sun.

Everything is somewhat more complicated with the host of astroids that follow Jupiter. According to calculations, each time the chance of a collision is only 1: 1 000 000 000, that is, it is negligible. But asteroids, unlike the planet, do not have a gravitational “airbag”. By the way, Bee-Zed itself was discovered by Panoramic Survey Telescope and Rapid Response System (Pan-STARRS) in 2015 and scientists are still not sure exactly whether this is an asteroid or an icy comet that could come from the same source as the comet Halley.