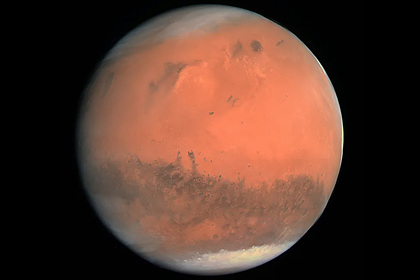 Scientists at the University of Birmingham in the UK have named the most suitable planets for life in the solar system. This is reported by The Conversation.

According to Gareth Dorrian, extraterrestrial organisms may exist on Mars, Jupiter’s moon Europa and Saturn’s moons Enceladus and Titan. The conditions on these celestial bodies allow for the existence of liquid water, as well as biological active substances.

On Mars, a lake under the ice cap at the South Pole was discovered, as well as a large amount of methane in the atmosphere that living organisms can produce. While the source of methane is unknown to scientists, although its content varies depending on the time of year and day. The atmosphere of the Red Planet itself is thin and does not contain moisture, which does not protect the surface from solar and cosmic radiation. If life is possible, it is only in the form of microbes under the surface in places where there is enough water.

Europa is a geologically active world due to the tidal effect from Jupiter, which is capable of supporting a liquid ocean in its depths. Evidence for the existence of the ocean is provided by geysers making their way through the ice shell of the satellite. Geological activity also implies the existence of hydrothermal vents that can support life in ecosystems devoid of light. Enceladus is similar to Europa, and in its geysers emerging from cracks on the ice surface, the presence of organic molecules was recorded.

Titanium has a thick nitrogen atmosphere, contains complex organic substances and methane, which is present in liquid form and forms analogs of water bodies on Earth. However, scientists have identified signs of the existence of cryovolcanoes that spew liquid water instead of lava. Although the temperature is too low for life to exist (minus 180 degrees Celsius), some researchers believe that due to the abundance of various chemical compounds, living organisms can develop on Titan, the biochemistry of which differs from that of the earth.