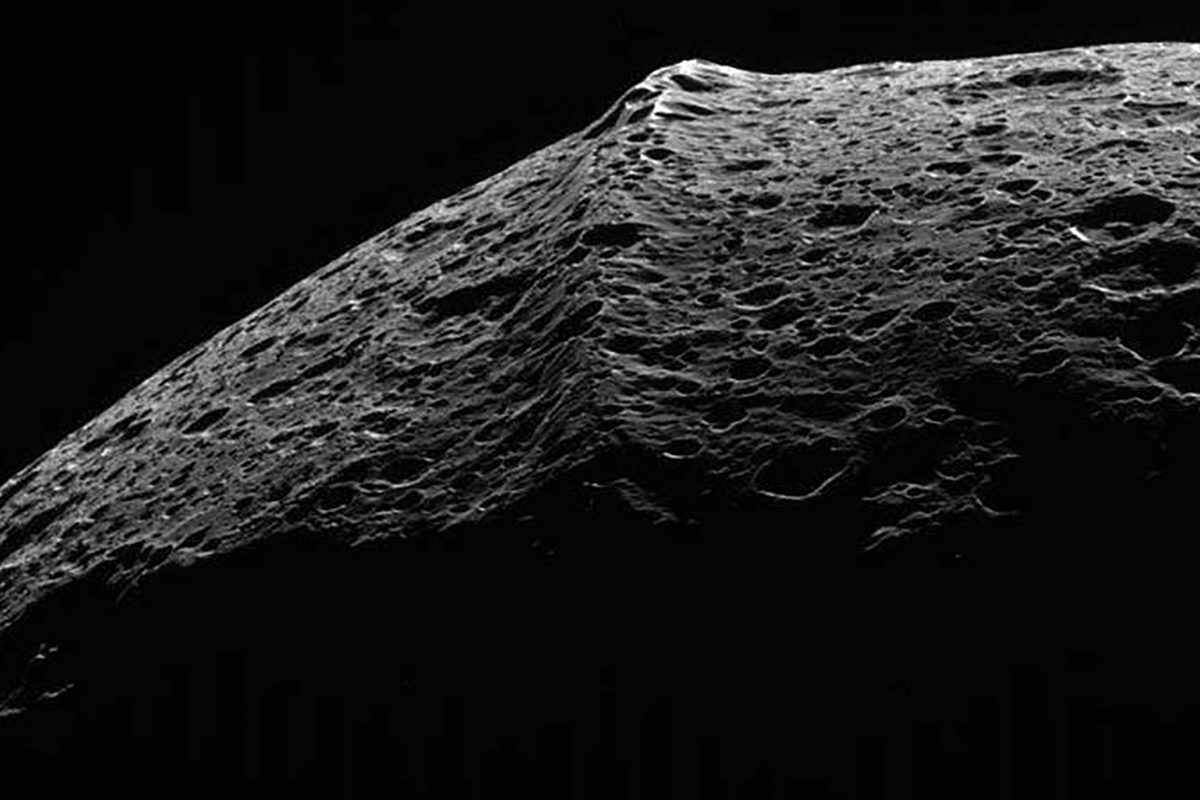 Scientists have unraveled the riddle of the mountain ridge of the moon Iapetus, which belongs to the system of Saturn.

Satellite Saturn Iapetus resembles a walnut with a mountain range that rises 20 kilometers. A new computer model of this satellite shows that it could be formed from rubble of the former ring of the gas giant Saturn. And the data received by the Cassini spacecraft (NASA) could confirm this assumption.

The mountain range of Yapet stretches for 1400 kilometers around the equator of a tiny moon. Regarding the Earth proportions, its peaks would be stretched to a height of 100 kilometers. Astronomers initially thought that internal geological processes may be responsible for the formation of this mountain range and its growth, but later it was convinced that forces from outside had created it, namely the former Saturn ring, having disintegrated, created this characteristic feature of Yapet.