The multiverse may be part of a deeper reality. 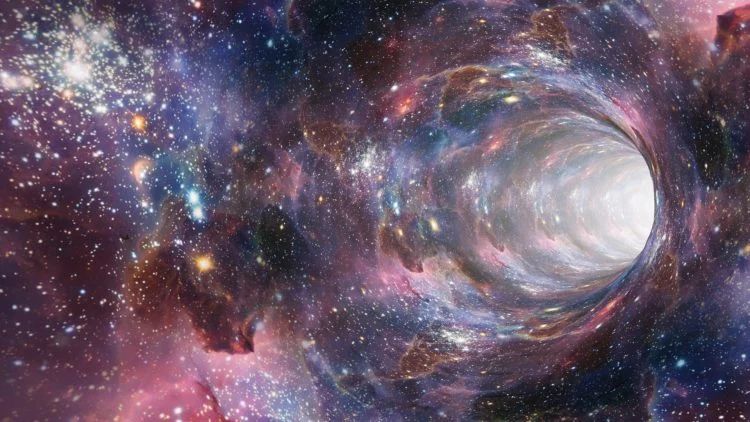 “The most incomprehensible thing in the universe is that it is understandable,” Albert Einstein once said. Nowadays, however, the Universe can hardly be called understandable or even unique. Fundamental physics is experiencing a crisis associated with two popular concepts, which are often referred to as “multiverse” and “uglyverse”, which literally stands for “multiple universe” and “ugly universe.”

How is the universe?

Supporters of a multiple universe advocate the idea of ​​the existence of an innumerable multitude of other universes, some of which have completely different physics and a number of spatial dimensions; in these universes you, I and everyone else can exist in the form of countless copies. “The multiverse may be the most dangerous idea in physics,” says South African cosmologist George Ellis.

From the very first days of science, the discovery of an unlikely coincidence led to the need to explain it, to search for a hidden cause and motive. Among contemporary examples, there are the following: the laws of physics seem to be finely tuned in such a way as to allow the existence of intelligent beings who can discover these laws – this is a coincidence that requires an explanation.

With the advent of the multiverse, everything has changed: no matter how incredible the coincidence, in the billions of billions of universes that make up the multiverse, at least somewhere – it will be. And if a coincidence seems to be conducive to the emergence of complex structures, life or consciousness, we should not even be surprised that we are in a universe that allows us to exist in the first place. But this “anthropic reasoning”, in turn, implies that we cannot predict anything. There are no obvious principles for CERN physicists in their search for new particles. And there is no fundamental law that could be found behind the random properties of the universe.

A completely different, but no less dangerous, has become another problem – the “ugly universe.” According to theoretical physicist Sabina Hossenfelder, modern physics was confused by its attraction to the “beautiful”, which led to the emergence of mathematically elegant, speculative fantasies without any links with experiments. Physicists are “lost in mathematics,” she believes. And what physicists call “beauty” is structure and symmetry. If we cannot rely on such concepts more, the difference between understanding and simple agreement with experimental data will be blurred.

Both problems have their roots. “Why don’t the laws of nature not give a damn about what I think is beautiful?”, Hossenfelder wonders rightly. And the answer is: they don’t care. Of course, nature could be complex, confused and incomprehensible – if it were classic. But nature is not like that. Nature is quantum mechanical. And although classical physics is the science of our everyday life, in which objects are separable from each other, quantum mechanics is different. The condition of your car is not related to the color of your wife’s dress. But in quantum mechanics, all things are causally dependent on each other, which Einstein called “terrible action at a distance.” Such correlations make up the structure, and the structure is beautiful.

Conversely, the multiverse seems difficult to deny. Quantum mechanics, in particular, is great to it. The shot of individual electrons in the screen with two slits leads to the appearance of an interference pattern on the detector behind the screen. In each case, it turns out that the electron passes by both slits each time.

Quantum physics is the science behind nuclear explosions, smartphones and particle collisions — and it is known for its weirdness, such as the Schrödinger cat, which exists in the state of suspension between life and death. In quantum mechanics, different realities can overlap one another (such as “particle here” and “particle there” or “cat is alive” and “cat is dead”), like waves on the surface of a lake. A particle can be half here and half there. This is called superposition, and it is this that leads to the appearance of an interference pattern.

Originally developed to describe the microscopic world, quantum mechanics in recent years has shown that it controls an ever larger object if they are sufficiently isolated from the environment. However, for some reason, our daily life is somehow protected from too many quantum oddities. No one has ever seen a half-dead cat, and whenever you measure the position of a particle, you get a certain result.

Direct interpretation assumes that all possible options are realized, albeit in different, but parallel realities, of the “Everett branches” – named after Hugh Everett, who first defended this view, known as the many-world interpretation of quantum mechanics. “The many worlds” of Everett actually represent only one of the examples of the multiverse – one of the four. The other two are not so interesting, and the third is the “landscape of string theory”, to which we will return later.

Turning to quantum mechanics to justify the beauty of physics, we seem to sacrifice the uniqueness of the universe. However, this conclusion lies only on the surface. In such a picture, it is usually overlooked that the multiverse Everett is not fundamental. He is only seeming or “emergent,” as the philosopher David Wallace of the University of Southern California states.

To understand this point, you need to understand the principle underlying both quantum measurements, as well as “eerie action at a distance”. The concept of “entanglement”, which Einstein, Boris Podolsky and Nathaniel Rosen pointed out in 1935, is key to both phenomena: in quantum mechanics, a system of two entangled zero-sum spins can consist of a superposition of pairs of spins with opposite directions of rotation with absolute uncertainty in the directions of rotation of individual spins. Entanglement is a natural unification of parts into a whole; individual properties of the components cease to exist in favor of a strongly tied common system.

Whenever a quantum system is measured or linked to the environment, the important role of entanglement is manifested: the quantum system, the observer, and the rest of the universe are intertwined. From the point of view of the local observer, the information is scattered in an unknown environment and the process of “decoherence” begins. Decoherence is a classic agent: it describes the loss of quantum properties when a quantum system interacts with its environment. Decoherence works like a zipper between parallel realities of quantum physics. From the point of view of the observer, the universe “breaks up” into separate branches of Everett. The observer is watching a live cat or a dead cat, but nothing intermediate. For him, the world seems to be classic, although from a global point of view it still remains quantum-mechanical. In fact, from this point of view, the whole universe is a quantum object.

And here we attract the most interesting concept of “quantum monism” proposed by the philosopher Jonathan Schaffer. Schaffer pondered the question of what the universe consists of. According to quantum monism, the fundamental layer of reality consists not of particles or strings, but of the universe itself, understood not as the sum of the things constituting it, but rather as a single entangled quantum state.

Similar thoughts were expressed earlier, for example, by the physicist and philosopher Karl Friedrich von Weizsäcker: the adoption of quantum mechanics seriously predicts the unique single quantum reality underlying the multiverse. The uniformity and tiny fluctuations in the temperature of the cosmic microwave background, which indicate that the observed universe can be traced back to a single quantum state, usually associated with the quantum field of primary inflation, support this view.

Moreover, this conclusion applies to other concepts of the multiverse. Since entanglement is universal, it is not limited to our cosmic bubble. Whatever the multiverse, if you accept quantum monism, everything will be part of a whole: there will always be a more fundamental layer of reality underlying the many universes within the multiverse, and this layer will be unique.

Both quantum monism and Everett’s many-world interpretation are predictions of quantum mechanics. Only the perspective distinguishes them: what, from the point of view of the local observer, will be similar to the “many worlds”, in reality is a single unique universe from a global point of view (for example, a being who can see the whole universe from the outside).

In other words, the set of worlds is a quantum monism through the eyes of an observer who has limited information about the universe. In fact, Everett’s initial motivation was to develop a quantum description of the entire universe in terms of the “universal wave function.” Look at this as through a muddy window: nature is divided into many pieces, but this is only a distortion of perspective.

Monism and multiple worlds can be avoided, but only if someone changes the formalism of quantum mechanics — usually this conflicts with Einstein’s special theory of relativity — or someone will present quantum mechanics not as a theory about science, but as knowledge : human notions, but not science.

In its current form, quantum monism should be viewed as a key concept in modern physics: it explains why “beauty”, perceived as structure, correlation and symmetry between externally independent spheres of nature, is not a distorted aesthetic ideal, but a consequence of splitting nature from a single quantum state. In addition, quantum monism also eliminates the need for a multiple universe, since it predicts correlations that are realized not only in a separate born universe, but also in any particular branch of the multiverse.

Finally, quantum monism can solve the crisis of experimental fundamental physics, which relies on ever larger colliders to study all the smaller components of nature. Because the smallest components will not be a fundamental layer of reality. Studying the fundamentals of quantum mechanics, new areas of quantum field theory, or the largest structures in cosmology can be just as useful.

All this means that we should not stop searching. In the end, this desire is not taken away from us. Somewhere deep below, there is a unique, understandable and fundamental reality.