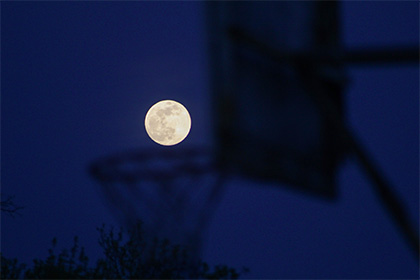 A rare connection of the moon and Mars, available for observations in Moscow, residents of the capital can see with the naked eye on July 14.

July 14 at 21:43 Moscow time will happen the connection of the moon and Mars. The brilliance of the red planet will reach magnitude -1, and this means that to see this astronomical phenomenon will be to the naked eye, despite the fairly bright sky,” — said representatives of the Moscow planetarium.

This feature is due to the recent opposition of Mars and Earth (heavenly body was located at a minimum distance from each other). The brightness of Mars will be compared with the brightness of the brightest stars of the Northern hemisphere.

Observe the connection of the moon and Mars in the South-Western part of the sky low above the horizon in the constellation of Libra in the European territory of Russia. The moon will be seven degrees North of the planet.

Connection (in astronomy) the configuration of the heavenly bodies, in which their Ecliptic longitude is equal. Thus, during the connection of two bodies they are relatively close to each other on the celestial sphere (but the connection is not necessarily the point of closest approach).