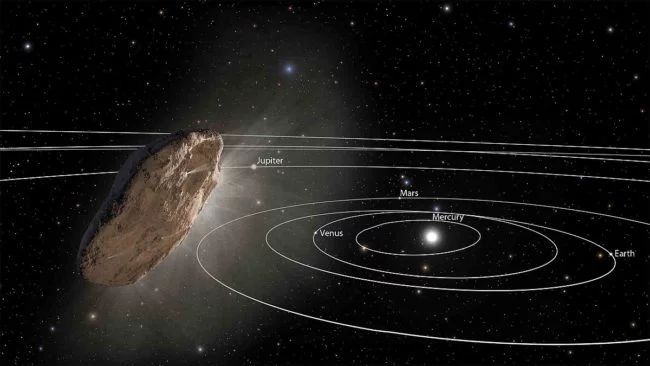 Last week, some scientists from Harvard University made a stir in the media, stating the possible alien origin of the mysterious interstellar object known as Oumuamua. Scientists have presented an “exotic scenario”, according to which Oumuamua can be “a fully functioning probe sent to Earth by an alien civilization.” However, now, thanks to some previously unpublished observations of NASA, we will have to, apparently, abandon this idea.

The fact is that in November 2017, when NASA directed its Spitzer space telescope in search of Oumuamua, the agency did not find anything after two months of observations in the infrared part of the spectrum.

Oumuamua – a regular asteroid or a messenger of aliens?

“Oumuamua was full of surprises from day one, so we wanted to see what Spitzer could show,” said David Trilling, lead author of the new study, which details these observations, and professor of astronomy at the University of Northern Arizona. “The fact that Oumuamua was too small to be detected by the Spitzer is, in fact, extremely important.”

The fact is that the inability to detect an object sets an upper limit on its size. Although the interstellar intruder is believed to be a long cigar-shaped object, the models used by astronomers based on Spitzer data gave estimates of the diameter of the object as if it were spherical. And the upper limit of the “spherical diameter” of the asteroid is from 100 to 440 meters.

The small size of the asteroid supports the theory of degassing – when the frozen gases are heated near the sun and evaporate, as if pushing the asteroid and dispersing it. It was the accelerated distance from the Sun that became a mystery to astronomers. In the absence of other evidence, this single theory seems more plausible than a visit to an alien probe.