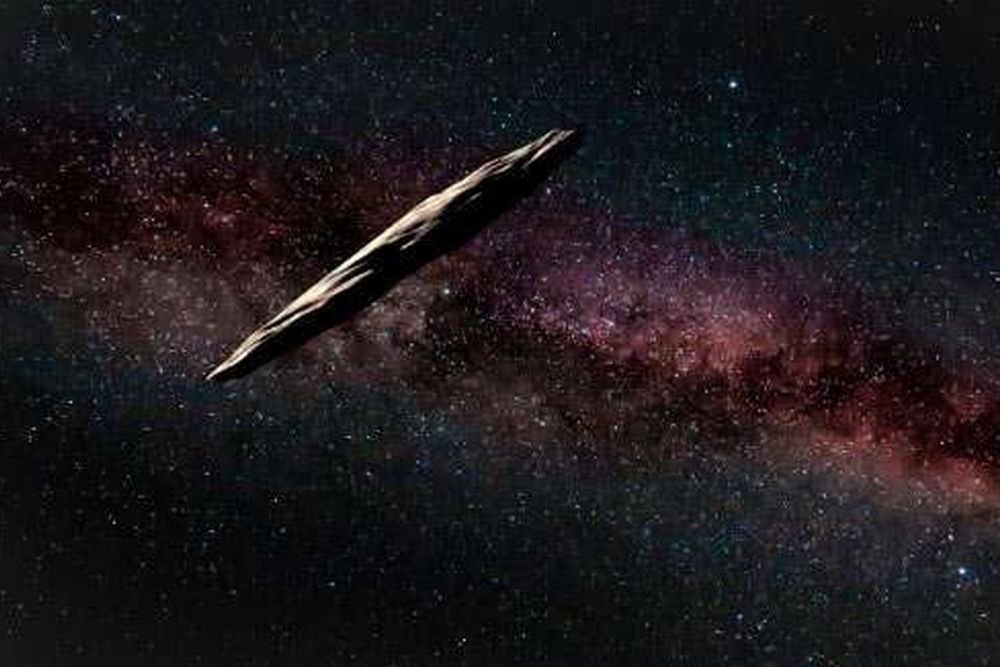 An international team of scientists failed to detect the mysterious asteroid Oumuamua in the point of space in which, according to calculations, it should be now.

The report on the work published in the journal Astrophysical Journal, and briefly about him tells the site of the Harvard-Smithsonian Center for Astrophysics (USA). The cigar-shaped object, which received the Hawaiian name “Oumuamua” (in translation – “intelligence officer”), was opened about a year ago.

Originally it was classified as an asteroid or comet. Scientists were surprised by the absence of a gravitational connection with the solar system, which it crossed. As a result, Oumuamua was registered as the first space object that originates from outside our planetary system.

Scientists have conducted a new study using the Spaczer space infrared telescope’s IRAC camera. She was sent to where Oumuamua should be. However, 30 hours of continuous observations yielded nothing. The object could not be found.

Some results were still obtained. So, scientists point to the absence of dust and gas in the studied area of ​​space. This confirms the hypothesis that Oumuamua is not a comet, otherwise it would give an infrared signal.

They also managed to calculate that the length of this asteroid is at least 240 meters. However, according to other researchers, it can reach from 725 meters to one kilometer.

According to the authors, it was not possible to detect the object because it had already retired to a distance inaccessible to telescopes. Therefore, to reveal his secret until you succeed.