The mysterious “Monolith” on the Martian satellite Phobos 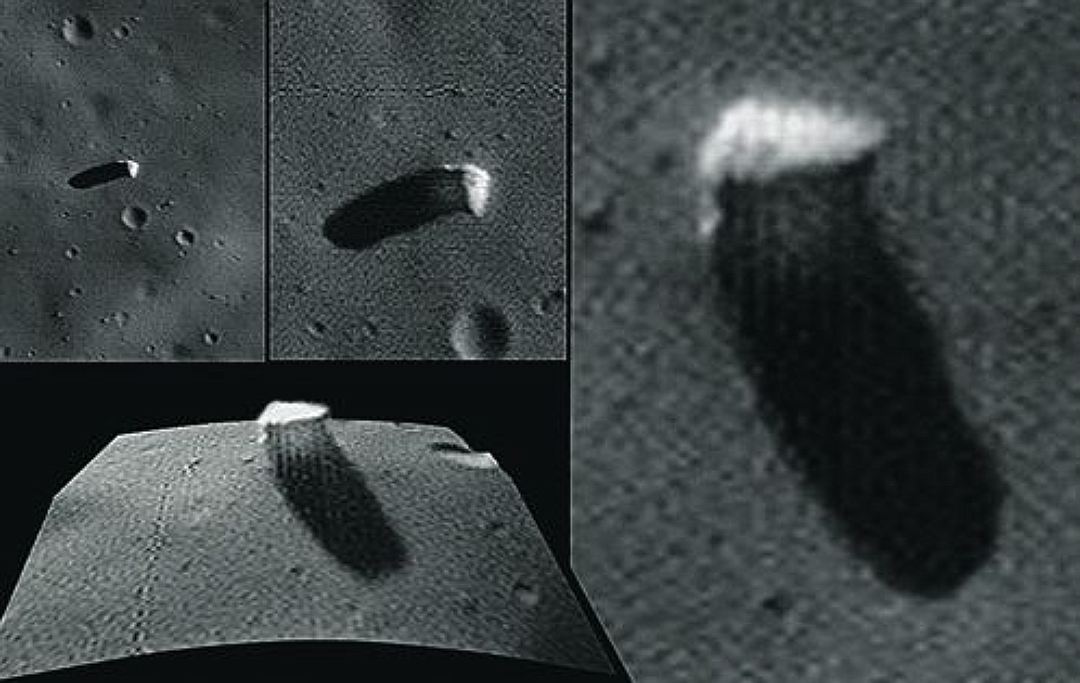 On this moon of Mars is very mysterious object. Pay close attention to it publicly asked the legendary astronaut Edwin Aldrin, who said:

We should visit the moons of Mars. First and foremost, Phobos. There is the “Monolith” is a very strange structure for this small of a space object in the form of potato with a diameter of about 26 kilometers, which makes one revolution around Mars every 7 hours.

According to the buzz, everyone who saw the photo of the “Monolith” on Phobos, I have no doubt that it has put there. Only asking who did it. Buzz doesn’t know. Apparently, this meets a very vague and philosophical: “Well, the universe put… If you want, God made…”

The object was discovered in 1998. It found researchers Efrain Palermo and Len Fleming in pictures (SPS252603 and SPS252603) transmitted by the probe Mars Global Surveyor. They have named the object, similar whether on the stove, or the tower, or the dome height of approximately 76 meters, a “Monolith”. It stands on the side facing Mars.

In NASA the presence of artifact on Phobos does not comment. But once said the representative of the canadian space Agency – Dr. Alan Hildebrand:

– If we get to that “Monolith”, then fly somewhere else, may not be needed.