The mystery of the disappearance of the atmosphere of Ceres 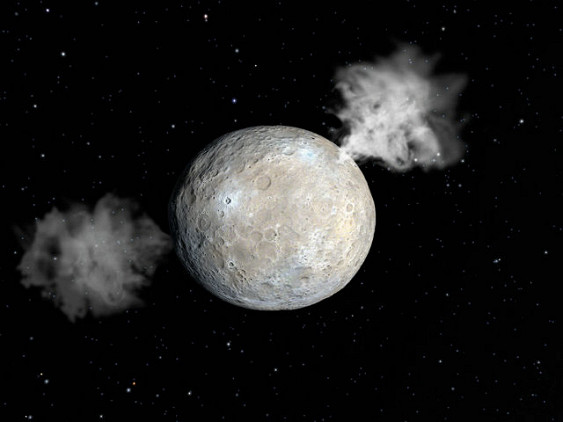 The dwarf planet Ceres, revolving around the Sun in the asteroid belt between Mars and Jupiter, has an atmosphere, but not a constant, like that of large planets, but a temporary one. A thin shell that appears above the surface of the celestial body, then again disappears, told NASA astronomers.

The appearance of the Ceres atmosphere is associated with periods of increased solar activity, which helped explain the strange dynamics.

It turned out that the streams of solar particles, penetrating into the upper layers of the planet, can cause the release of water molecules from it. Rising above the surface, they form a thin shell, which during the period of decrease of the activity of the Sun is simply dissipated in space.