The mystery of the giant multistage structures on the moon 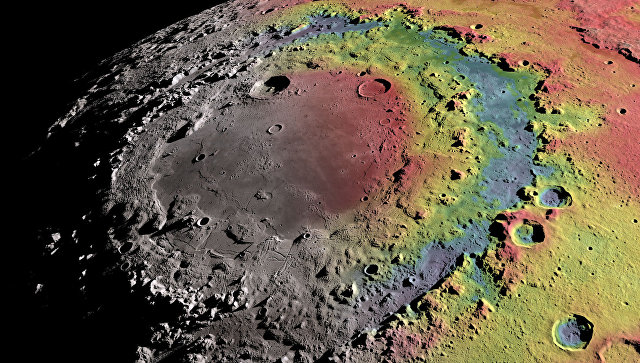 Unusual giant multi-stage structure on the moon, like the Roman amphitheatres and the Coliseum, appeared on the companion of the Earth in the distant past through a series of outpourings of magma, caused by an asteroid impact and the collapse of the walls of the crater, say the planetary scientists.

They were born during a very fast and dramatic process. Miles of steps and peaks in the crater, and all the Central rings were formed within a few minutes after the fall of asteroid on the moon. These craters are the footprints of the most important geological processes in the early Solar system, to change the appearance of the bark of its planets. With the GRAIL, now we know how they arose, said Brandon Johnson of brown University (USA).

Johnson and his colleagues under the leadership of Maria Zuber of the Massachusetts Institute of technology (USA), head of the mission GRAIL, revealed an unusual secret birth of the Colosseum on the moon, studying data collected by the probes twin GRAIL in the last days of their work during flights over the Eastern sea of the moon.

It is, as they say scientists, is a giant multi-stage crater in the Western part of the visible hemisphere of the moon, whose diameter, according to the latest estimates by NASA, is about 930 kilometers. This structure presumably was formed 3.8 billion years ago, at the end of the era of late heavy bombardment, when the Earth and her companion were constantly fired large asteroids.

Unusual steps and rings, transforming this crater into a kind of giant stone dolls or the ancient Roman Coliseum, has long interested scientists. Over the past 50 years, from the moment of receiving the first clear images of the East sea probes of NASA and the Soviet Union, planetary scientists has formed dozens of hypotheses to explain how there was this mysterious structure. As data on the Geology of the East sea is extremely poor, they have not had the opportunity, as expressed by Johnson, to look inside the crater and to test their ideas. 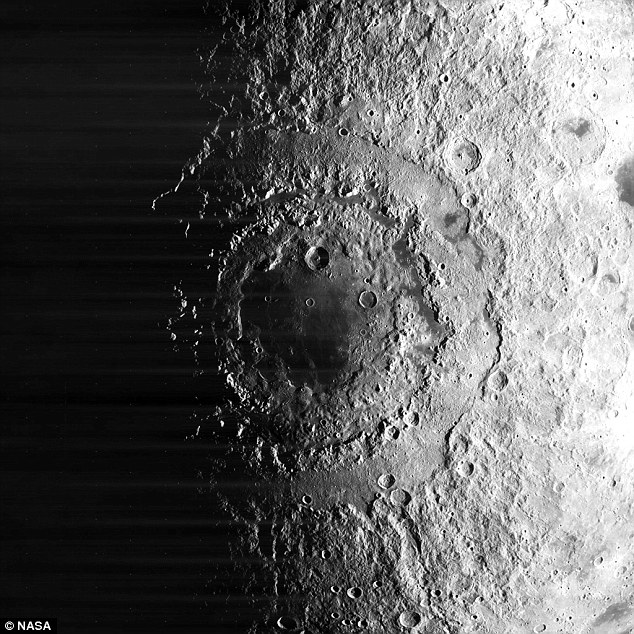 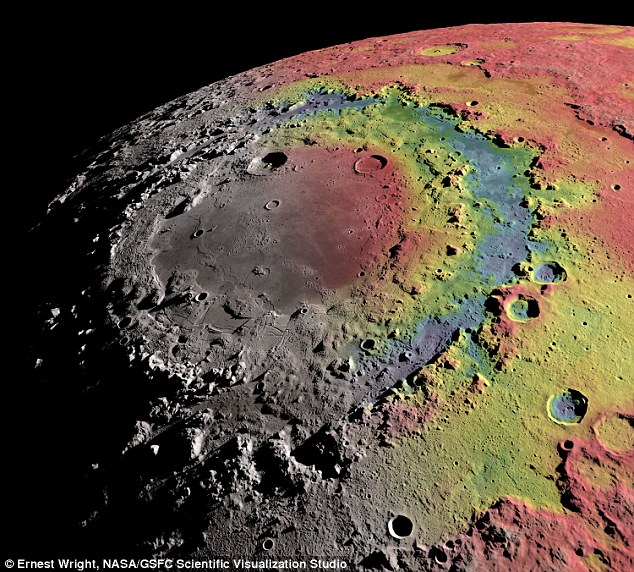 Such possibility has appeared at NASA in 2011, when the moon was sent the GRAIL probes, which amounted to map gravity anomalies on the Earth’s companion and studied the structure of all large craters, including the East sea.

The analysis of these data gave us an unusual picture of what actually occurred this lunar Colosseum, quite a surprise to scientists. It turned out that the fall of an asteroid that gave rise to this structure, in fact, left a crater whose diameter was approximately two times smaller than the current size of the East sea around 320-460 kilometers.

This decline was so strong that it completely ripped off the entire crust from the moon’s surface at a given point of its surface, throwing about three million cubic kilometres of matter into the surrounding space, part of which then settled on the surface of the companion of the Earth. The crater was so deep that he was unstable from the gravitational point of view, and its walls almost immediately collapsed.

The process of its construction has not stopped, and in the next few minutes pyramid bubble of lava accumulated at the bottom of the future of the East sea, began to spread over the surface, like a broken egg, forming the inner circles of the amphitheater.

Similar processes, as scientists believe occurred on Mars and on other planets of the Solar system, the traces of which we have never seen for the reason that they were erased from their faces in the more recent geological processes.

According to Zuber and her colleagues, such cataclysms played a significant role in the formation of bark all the planets, and their study can help us understand what distinguishes the Earth from other planets, including why Venus has no magnetic field, and why the Martian atmosphere escapes into space.