The mystery of the origin of the Belt of Asteroids 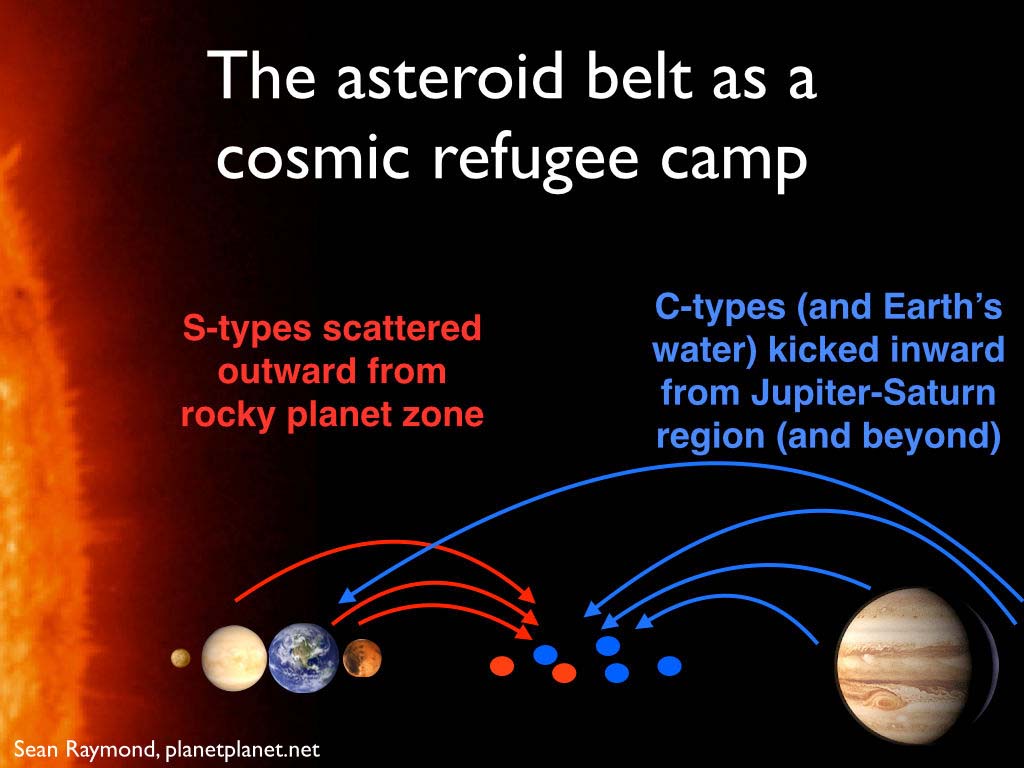 Two researchers from the University of Bordeaux, France, offer a new hypothesis explaining the origin of the Asteroid Belt. In their work, Sean Raymond and Andre Izidoro describe this hypothesis and the results of computer simulation of the proposed scenario.

The asteroid belt is located between the orbits of Mars and Jupiter. It consists of asteroids and small planets forming a disk around the Sun. It also serves as a kind of dividing line between the stony planets of the inner part of the solar system and the gas giants of its outer part. According to modern theory, the asteroid belt was once much more populous, but the gravitational attraction of Jupiter pushed about 99 percent of the material of the Asteroid Belt to the outer part of the Solar System and beyond. Astronomers also believe that the gravity of Jupiter has not allowed the material of the Asteroid Belt to merge into larger planets. In this new work, the researchers propose a completely different version of the origin of the Asteroid Belt – according to which initially an empty space was located on the site of the Asteroid Belt, which was then filled gradually with material coming from the planets of the inner and outer parts of the Solar System.

Raymond and Isidoro observed that asteroids closer to stony planets (called class A asteroids) tend to contain silicates that are characteristic of the matter of planets in the inner part of the solar system. On the contrary, asteroids of the Asteroid Belt, located on the side of gas giants (class C asteroids) contain more carbon, characteristic for the material of gas giants. This, say the researchers, indicates that the asteroids were formed from the material of the planets being thrown into the Belt of asteroids during the evolution of our planetary system.

To test their hypothesis, the researchers built a computer model that mimics the early solar system, where the site of the present Asteroid Belt was left empty. Modeling has shown that the formation of a disk reminiscent of the current Asteroid Belt from the material of the planets of the outer and inner parts of the Solar System is possible. To further test their hypothesis, Raymond and Isidoro are planning additional research.

The asteroid belt is an area of ​​the Solar System located between the orbits of Mars and Jupiter, which is the site of a cluster of objects of all sizes, mostly of irregular shape, called asteroids or small planets. 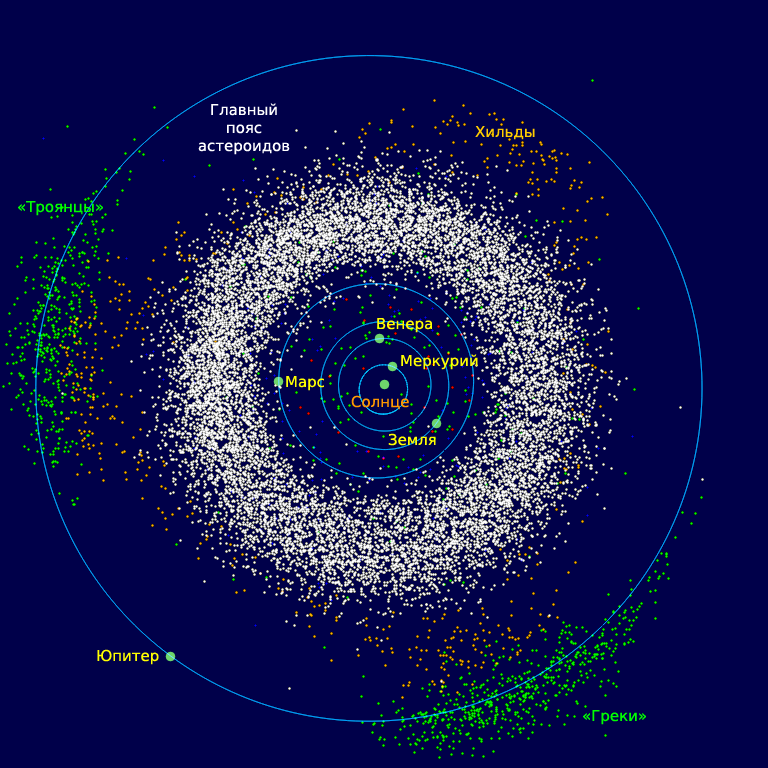 This area is also often called the main belt of asteroids or simply the main belt, thereby emphasizing its difference from other similar areas of accumulation of small planets, such as the Kuiper belt beyond the orbit of Neptune, as well as the cluster of scattered disk objects and the Oort cloud.

The total mass of the main belt is approximately 4% of the mass of the moon, more than half of it is concentrated in the four largest objects: Ceres, Vesta, Pallada and Gigay. Their average diameter is more than 400 km, and the largest of them, Ceres, the only dwarf planet in the main belt, has a diameter of more than 950 km, and its mass is twice the total mass of Pallas and Vesta. But most asteroids, of which there are several million, are much smaller, down to several tens of meters. At the same time, asteroids are so much scattered in this area of ​​outer space that no spacecraft flying through this area was damaged by them.