The NASA and ESA will search for life in Europe 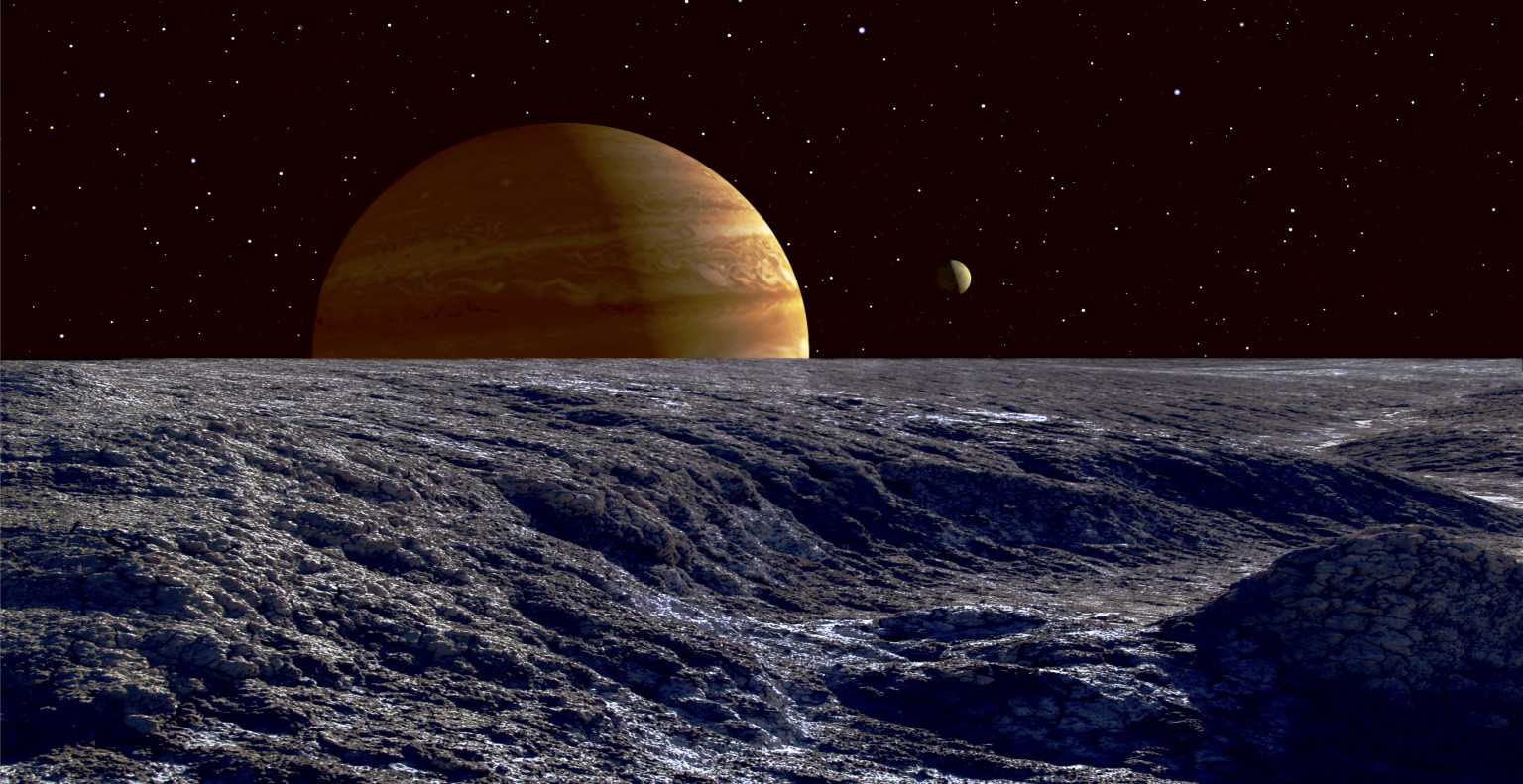 Approximately 11 years on the icy surface of the satellite of Jupiter Europe, the first spacecraft will lower, which will search for traces of life. The joint mission was reported by NASA and ESA.

The task is grandiose. Only flight to the Jupiter system will take about six years, and in place the spacecraft will be met by strong radiation streams and a thick ice crust on which the landing module will have to operate. It is not surprising that the largest space agencies decided to unite: at the meeting of the European Union of Earth Sciences (EGU) in Vienna, representatives of NASA and ESA announced a joint mission, which should go to Europe in the mid-2020s.

The key goal of the future Joint Europa Mission program will be the study of the ice crust and the subglacial ocean of Europe, finding out their composition, structure and, of course, searching for traces of possible life. It is planned that the mission will consist of orbital and descent modules, the last of which should work on the surface of the satellite for about 35 days, collecting and examining the samples.

The orbiter will work at least a few months, taking measurements that will better understand the internal structure of Europe. Features of its rotation and fluid flows, which are continually ejected through cracks on the surface, will help to more accurately establish the composition and thickness of the ice crust and the ocean itself. Finally, the module will be controlled from the orbit and broken to the surface of the satellite, collecting new data on the composition of the gases of its fine atmosphere. According to calculations, in total, the mission will last about 6.5 years.

Speaking to the EGU audience, the representative of the French Research Institute of Astrophysics and Planetology Michel Blanc (Michel Blanc) said that the preparation and production of the device will take more than five years. The downlink module will be manufactured by NASA, and the remaining components of the mission will be jointly implemented by the US and EU space agencies.

In addition to the dangers of working within the radiation belt of Jupiter, scientists also note another difficulty that must be addressed – the protection of the satellite itself. All the devices that arrive there must be absolutely sterile to prevent the transfer of terrestrial microbes to Europe. If there really is life, our first duty is to preserve it.