The NASA approved new “crazy” projects for the colonization of space 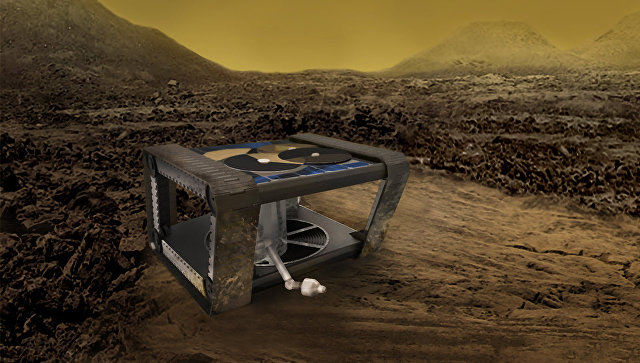 NASA experts approved a list of 22 “crazy” space exploration projects, the authors of which create methods for “colonizing” the soil of Mars, create a laser, thermonuclear and inertial engine for starships and a crawler rover to conquer Venus, the agency’s website reports.

“This year’s NIAC competition and all the candidates that participated in it were excellent, and we are looking forward to how each of these projects will change and expand the way we explore the universe,” said Jason Derleth, program manager for NIAC’s NASA.

Every few years, NASA holds a competition for innovative developments NIAC, in which the agency specialists collect and implement the most daring, bizarre and promising ideas for studying near and far space, as well as the surface of the planets of the solar system. NIAC is aimed at young scientists – within its framework, NASA annually selects about seven to ten extremely risky and promising space projects, invented by small scientific teams, and provides resources and resources for their implementation.

For example, in 2015, scientists from the JPL proposed to create a “hitchhiker” probe flying on the solar system “astride” asteroids, and in 2013 another team of scientists created a project of a Venusian “sailboat” that would move through Venus under the influence of its winds .

Beyond the limit of infinity

Newcomers this year, as NASA notes, were especially ambitious and unusual even for those projects that usually fall into the NIAC. “Beginners” proposed several projects of starships, probes capable of “eternally” jumping over the surface of planets with low gravity, and much more.

For example, the discovery of earth-like planets outside the solar system and the revelation of the past of Mars force more and more scientists to think about the possibility of colonizing other worlds.

Adam Arkin of the University of California at Berkeley and his team suggest the creation of a special bacterium that will transform the soil of Mars, saturated with perchlorates and other toxic substances, into a soil suitable for planting plants. To solve this problem, Erkin’s team plans to study the genomes of the two most enduring strains of the Pseudomonas stutzeri microbe, capable of “eating” perchlorates and saturating the soil of the nitrogen compound, and will adapt them to life on Mars.

Team John Brophy of the Jet Propulsion Laboratory of NASA proposes to create a spaceship-sailboat equipped with an ion engine and a giant “sail” solar battery, which will be fed by a laser installed on Earth or in its orbit. Such a design, as the preliminary calculations of scientists show, will reach Pluto in four years and reach the supposed orbit of the “planet X” for 12 years.

For its operation, due to the presence of an ionic engine in the sail itself, it will take a laser with a power of only 100 megawatts, not 100 gigawatts, as for a simple laser sailboat, which will reduce the cost of launching the ship and building the emitter.

Heidi Fearn of the Space Research Institute in Mojave, USA, offers an even more radical version of the creation of a spaceship operating on the unusual (and so far controversial) property of space-time that was discovered in 1896 by the famous German physicist Ernst Mach.

He suggested that all the properties of physical bodies depend not only on themselves and their immediate surroundings, but also on their location relative to all other objects in the universe. This property, as the American physicist James Woodward showed in 1990, can in theory be used to accelerate a spacecraft without fuel consumption, attracting and repelling charged objects at certain time periods. 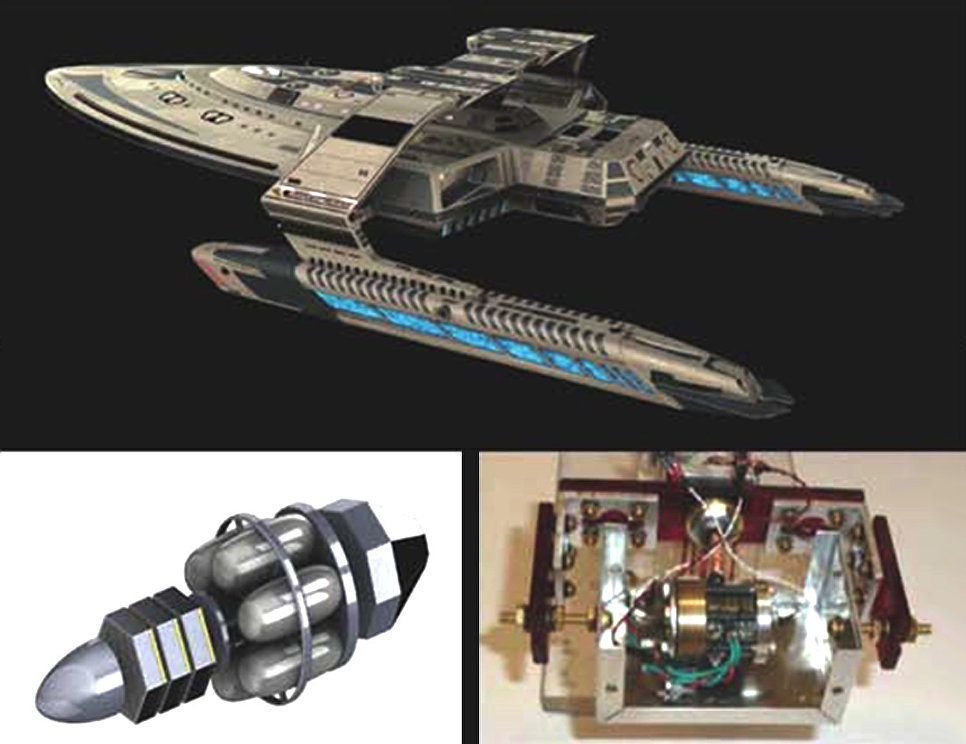 Zvezdolet on an inertial engine, drawing of the author of the idea

Since Mach’s hypothesis and Woodward’s calculations contradict the theory of relativity, most physicists negatively regard the idea of ​​using this effect to create an engine. Nevertheless, NASA approved the project of Fairne and her colleagues, as in recent years there has been a lot of information that such exotic systems, such as the “Mach engine” or EmDrive, can really work.

If these ideas are tested, then the team will first test the work of the “Mach engine” on near-Earth satellites, and then use it to fly to the “Planet X” or the closest to the Earth exoplanet, 5-9 light-years from the solar system.

Participants in the second phase of the NIAC proposed less ambitious but more realistic projects – a probe with a thermonuclear engine for exploring Pluto, an autonomous caterpillar robot capable of surviving on Venus, a sail ship and a space magnifier for extracting minerals on asteroids.

A team of scientists from Princeton suggests using the PFRC thermonuclear reactor, which is now being developed within the walls of the university, as an engine and power source for the probe and landing module for exploring Pluto. Both of these devices can be delivered in tons per ton to a dwarf planet, thanks to the high power of the reactor, in just four years. On the orbit, the probe will generate about a megawatt of electricity, which will allow to conduct all the research that can be imagined.

Their competitors from the NASA Jet Propulsion Laboratory create a machine that can help the joint Russian-American mission “Venera-D” if its approval is not hampered by the policy. Jonathan Sauder and his colleagues in the lab create a robot that could withstand the hellish conditions on the surface of Venus and work autonomously there for many months.

The secret of this survivability is that the AREE will be almost completely devoid of electronic components and will resemble Leonardo Da Vinci’s “automata” devices, rather than modern rovers and landing modules. Such a hybrid approach, as scientists say, will allow AREE to live a record long time on Venus and get a lot of valuable geological information. As scientists plan, AREE will be equipped with a radioisotope power source and caterpillar chassis, which will maximize its life. 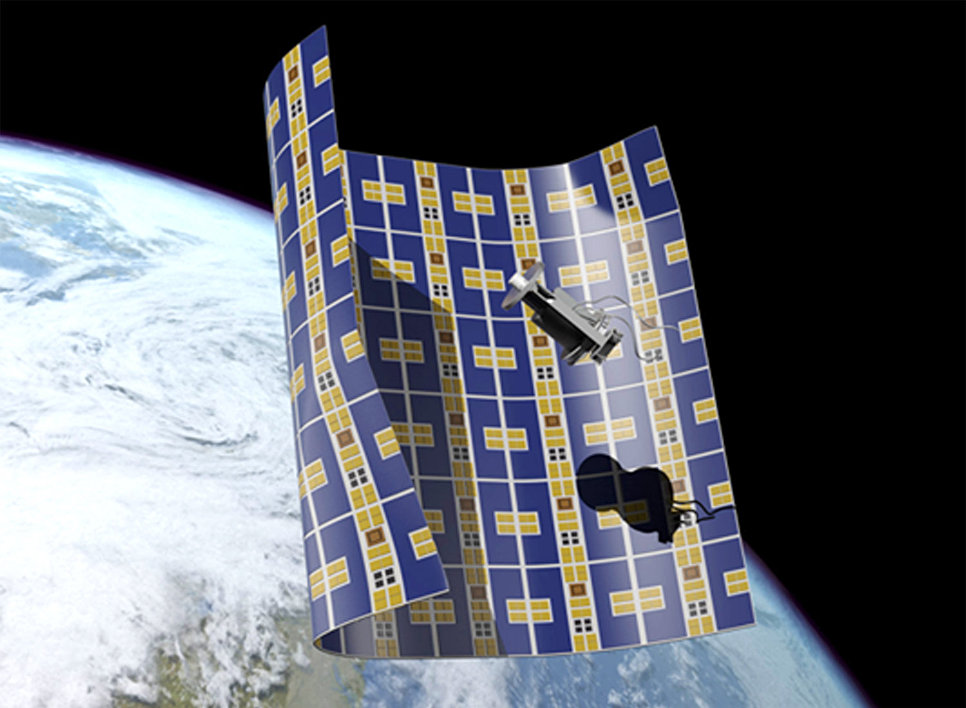 Private space start-up TransAstra and the Aerospace Corporation fund offer to create two unusual probes, which will reduce the cost of launching and operating spacecraft. TransAstra engineers are working on creating a special two-dimensional spacecraft-membrane, capable of changing its shape to obtain the maximum amount of solar energy.

Specialists Aerospace Corporation, in turn, create a probe capable of focusing the light of the Sun on the surface of asteroids and using its energy for mining. Both, as NIAC participants hope, will reduce the cost of launching and building spacecraft and exploring outer space as a whole.

As NASA experts emphasize, and the “peaceful tractor” for Venus, and other projects approved under the NIAC are still a matter of a distant future – it will take another 10 years to complete their development. Nevertheless, experts of the aerospace agency are sure that the potential of all approved innovations will be realized by 100%.